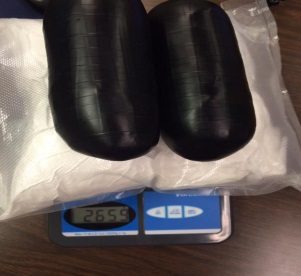 According to DPS officials, the undercover operation took place at the La Quinta In, locataed at 6140 Gateway East Boulevard. Troopers estimate the seizure to be worth approximately $360,000.

The suspects were identified as:

All six suspects were booked into the El Paso County Detention Facility for engaging in organized criminal activity.