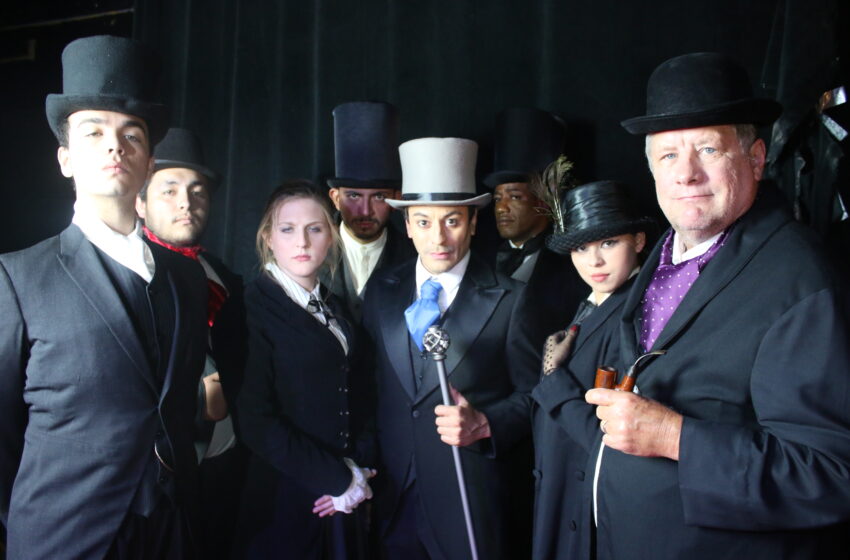 Multiple Hydes are played by members of the cast in this new adaptation of Robert Louis Stevenson’s classic tale of depravity, lust, love and horror. On the fog-bound streets of Victorian-era London, Henry Jekyll’s experiments with exotic “powders and tinctures” have brought forth his other self-Edward Hyde, a sensualist and villain free to commit the sins Jekyll is too civilized to comprehend.

When Hyde meets a woman who stirs his interest, Jekyll fears for her life and decides to end his experiments. But Hyde has other ideas.

Set to run during a much anticipated Halloween season, especially at the El Paso Playhouse where it’s rumored to be haunted, “Dr. Jekyll and Mr. Hyde” promises to deliver on the thrills.

Hatcher broadens Stevenson’s pre-Freudian insight into the complexities of human personality by creating not one, but four unique Edward Hydes, each an embodiment of a different facet of evil. The four Hydes in this eight-actor production also appear as butlers, lawyers, physicians and other respectable folks in Dr. Jekyll’s London circle, dramatizing further the message that we all have our internal beasts, capable of emerging suddenly if repressed too tightly beneath starched colors and rigid societal conventions.

“I think our audiences are going to enjoy this version, the cast said they were having nightmares during rehearsals,” said Veronica Frescas, the show’s director. “From the beginning, we knew we had something both scary and fun that we could bring to life in this version and we’re looking forward to sharing it with our audiences,” Frescas said.

For its 55th season, there have been a few changes. Performances will run through the first weekend in November. General Admission tickets are $15. Students, military and educators pay only $12 and Children 12 and under pay $9.00.

Tickets are available for the remaining two weekends of Dr. Jekyll and Mr. Hyde’s run at the El Paso Playhouse located at 2501 Montana Avenue.

For additional information contact the El Paso Playhouse Box Office at (915) 532-1317 or contact them through e-mail at theelpasoplayouse@gmail.com.