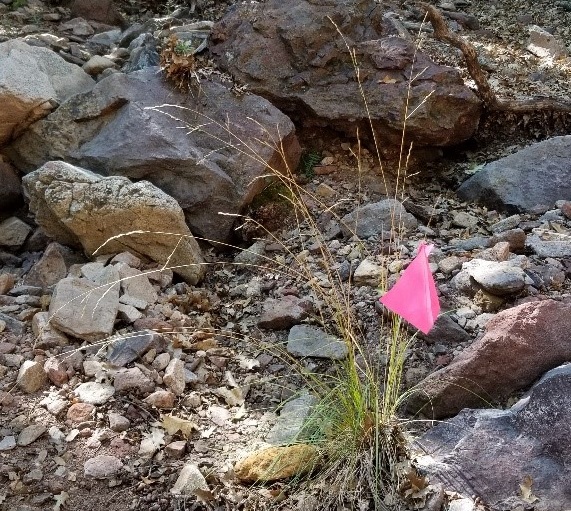 AUSTIN – The U.S. Fish and Wildlife Service is announcing the availability of a draft recovery plan for Guadalupe fescue (Festuca ligulata), an endangered grass native to Trans-Pecos Texas and northern Mexico.

Officials say the draft recovery plan is based on a Species Status Assessment Report completed in 2015.

Guadalupe fescue is a grass species known only in a few high mountain ranges of the Chihuahuan desert in Trans-Pecos Texas and Coahuila, Mexico.  Although historically it has been found at six small sites, only two existing populations are currently known: one at Big Bend National Park, Texas, and one in the Maderas del Carmen Area de Protección de Flora y Fauna in Coahuila.

When the grass was listed as endangered on September 7, 2017, there were fewer than several hundred individual plants left in the existing population locations.

“The most important factors that may affect the continued survival of Guadalupe fescue include changes in the wildfire cycle and vegetation structure, competition from invasive species, and the demographic and genetic consequences of small population sizes, low population densities, and the isolation of extant populations,” wildlife service officials said.

Since the time of listing, the Service has been working with partners, including Big Bend National Park, to implement beneficial recovery actions for the plant and minimize threats, which includes reducing impacts from park visitors and pack animals on more than 7,000 acres designated as critical habitat in the park.

These partners were consulted in the development of the recovery plan and the ongoing conservation actions are now reflected in the draft plan.

“This plan is a reflection of ongoing recovery actions implemented collaboratively by the Service and its federal, state, and local partners who have maintained support for this species for years,” said Chris Best, State Botanist for the U.S. Fish and Wildlife Service in Texas. “Efforts to aid in the recovery of Guadalupe fescue will not only help save a unique plant that makes up a piece of Texas’ natural outdoor heritage, the recovery actions implemented will also help sustain the extraordinary biological diversity that can be found in the Chisos Mountains at Big Bend National Park and the Sierra del Carmen mountain range in Coahuila.”

While they are not regulatory, recovery plans provide a framework for the recovery of a species so that Endangered Species Act protection is no longer necessary. The draft recovery plan describes actions that are considered necessary for recovery of the Guadalupe fescue, establishes delisting criteria and estimates the time and cost to implement recovery actions for the species.

Recovery will be accomplished through the amelioration of threats to Guadalupe fescue and the conservation of resilient, redundant, genetically diverse populations that represent the full range of the species’ ecological adaptations to the sky island habitats of the Chihuahuan Desert in Texas and Mexico.

The Service encourages the public to comment on the draft recovery plan, found here. Public comments will be accepted through July 6, 2021.