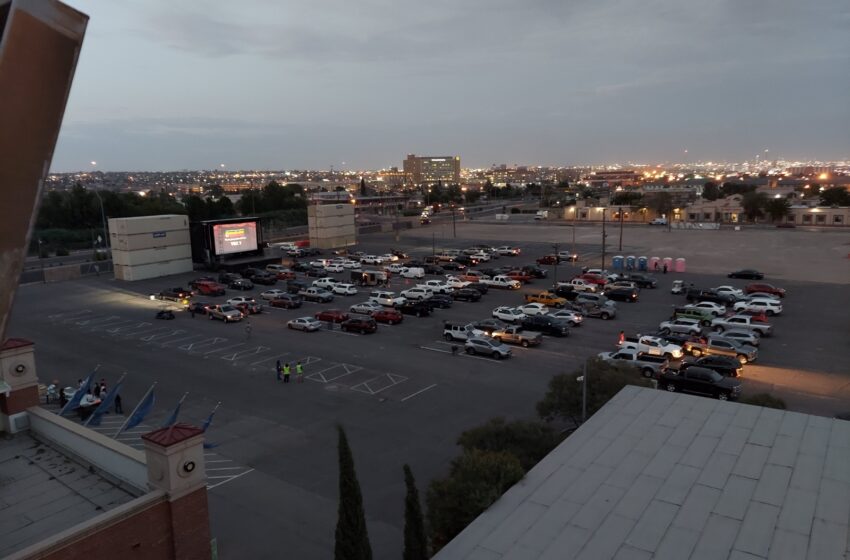 Officials with the El Paso County Coliseum announced that they have to postpone the “Under the Stars” Drive-In movies, due to damage from this weekend’s windstorms.

“We apologize for the inconvenience.  Once the screens can be repaired, we will announce the rescheduled dates for movies this Spring and Summer. We thank you for your patience,” officials shared via a news release.

For patrons who have purchased tickets, please hold on to your ticket, or for refunds, contact the El Paso County Coliseum box office at (915) 533-9899.

Venue officials announced the re-opening of the parking lot drive in, as well as the upcoming schedule of movies on Tuesday. The following dates and movie titles have been released:

March 20th  – ‘Indiana Jones and the Raiders of the Lost Ark’

Officials share that all showings begin at 7:30pm, with gates open at 6:00pm.  Tickets are $25 per car load and are available online.

Patrons are allowed to bring their own food and drink.

County Coliseum will respect CDC and County Public Health guidelines in regards to social distancing, and restrooms will be cleaned and sanitized regularly.