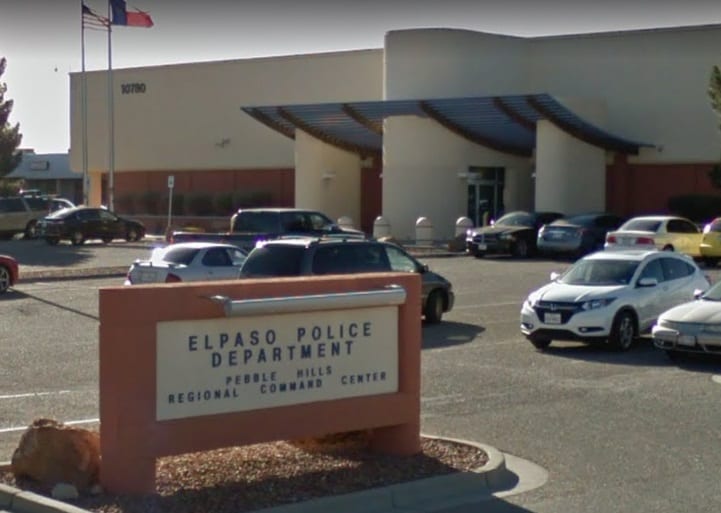 An Eastside neighborhood was on edge as El Paso Police Department officers exchanged gunfire with man in the parking lot of the Pebble Hills Regional Command Center.

According to EPPD Sgt. Enrique Carillo, at 12:27 Wednesday afternoon, a call went out over dispatch concerning a person with a gun.

Officers at the station found an unnamed suspect in the parking lot of the Pebble Hills Regional Command Center; for some unknown reason gunfire was exchanged.

Several officers were involved in the incident, however EPPD officials would not detail the number or their involvement.

The suspect died at the scene, of gun shot wounds. No officers were injured.  Sgt. Carrillo adds that investigators are checking to see if this incident is related to calls EPPD received earlier Wednesday.

“I wasn’t sure what it was at first,” recounted Maria, who was still near the scene of this afternoon’s officer involved shooting. “But you could see what it was quickly. Gun shots.”

Maria adds, “…I’m still shook by it. I just pray for everyone to be ok.”

According to the police department the Pebble Hills Regional Command Center, and it’s parking lot had to be closed for several hours as the bomb squad works to check the dead man’s vehicle.

Crimes Against Persons and the Texas Rangers are investigating this incident.