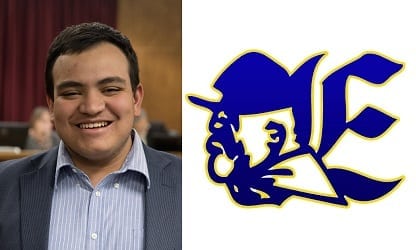 Eastwood High School senior Ryan James Solis has been named as one of 106 national recipients – and the only one in El Paso – of the Jack Kent Cooke Foundation’s College Scholarship.

Solis will attend Harvard University in the fall and will major in government and economics.

This highly competitive national scholarship is one of the most coveted in the nation and will provide Solis with up to $40,000 annually to complete his bachelor’s degree.

In addition to the monetary award, Solis will receive comprehensive educational advising from foundation staff to guide them through the processes of transitioning to campus and preparing for their careers.

The foundation will additionally provide opportunities for internships, study abroad, and graduate school funding, as well as connection to a thriving network of 2,300 fellow Cooke Scholars and alumni.