We had been living in the projects for just a couple years, right on the corner of Paisano and Webber Way. It was 1963 and I was nine when my brother Vince and sister Gloria took me to Tuesday night wrestling matches at the Coliseum – only two blocks away.

Kids admission was 50¢ and adult tickets were a dollar. I was excited upon entering the gynormous Coliseum, but then my school cafeteria also looked huge to me back then. We ended up on the bleachers watching the action in the square circle amid the crowd’s cheering and yelling. One match I recall intrigued me – the bad guy wore a shiny emerald green mask and leotards. Dubbed The Green Dragon, he was up against the good guy, Bassil Battah.

Side note: my sister made sure I went to church every Sunday and always monitored my attendance to catechism. I always carried the little blue book to the classes, and one day thought nothing of gluing a photo to the inside page of a bare chested Basil Battah.  Hands on his hips, he wore a wrestling belt, and tight skimpy trunks that emphasized a…bulge.

One afternoon at catechism, it was my turn to recite passages to Sister Seldom Smiles. I handed her the book and took my place close by. She opened the first page and…her eyes shifted immediately to the inside cover photo. In a quiet voice, she whispered, “Please remove this picture from your book.” Her expression was worth a pound of gold.  No, she didn’t smile.

Back to the action: Bassil pinned the Dragon face down on the canvas and began pulling and tugging at the mask, much to the surprise of the bad guy who thrashed and kicked his feet. The audience noise level erupted as everyone yelled “take it off, take it off”. He did, and the referee promptly disqualified him.

Nobody cared as cheers reigned upon Bassil Battah, a new crowd favorite ( the Dragon hid underneath a towel as he beat feet to the locker room ). I sat there with a silly grin on my face cheering as well after witnessing the crazy action. It didn’t take long – I was hooked on wrestling.

So I looked forward to Tuesday nights; the wrestling events quickly became a weekly outing for me and other neighborhood kids more less my age.

Mario Moreno lived two doors down and we always talked about who was who: Gory

look-alike, straight out of a “I Dream of Jeanie “ episode.
I couldn’t get enough of this phenomenon, so it didn’t take long before I started buying lucha libre magazines in Juarez.
My mom always enlightened me when I had questions about what does “puño” and “quadilatero”” mean?

A Mexican wrestler once said “Yo no le temo a la muerte” and if mom wasn’t around, I would be out of luck. Another wrestler, Javier Escobedo, was asked what his favorite food was. He answered, “carne asada, mariscos y sopa de macarron casero”.

Translated that means one strong guy, right? I never forgot that quote.

Mis padres subscribed to the EP Herald Post and El Fronterizo so I picked up the mexican paper one day to scan the movies and comics.

I noticed an ad in the sports page advertising lucha libre at the Gimnasio Municipal in Juarez. An odd wrestler was on the card: El Jorobado de España.

I turned to our cleaning lady Señora Garcia and asked her what that meant. “Pues, es alguien que tiene una bola asi en su espalda”, she gestured. I was confused…how can a hunchback wrestle? Or how can he throw a punch and connect?

She noticed I was reading the wrestling ad and said to me, “Sabes que? Mi esposo es Bobby Garcia, le dicen el rey de las patadas voladoras”, and my eyes got as big as saucers, “De veras?” I knew what that meant…the king of the flying dropkicks! She nodded as she continued cleaning.

I did notice Bobby Garcia’s name in other ads that confirmed her story and was impressed, yet wondered why she was working in our apartment. In my little mind I always thought all wrestlers had a glamorous lifestyle with nice cars, houses and cash left and right.

Then I quickly discovered El Santo, wrestling’s living legend. Everyone knew he was the most respected and successful mexican wrestler of that era. He was so popular, every other store in Juarez had a photo of him on the front window or inside on the wall. His comic book hung predominantly at the top of the countless magazine stands in Juaritoz and he always had a movie released annually.

My sister Gloria took me to see “El Santo vs. Las Mujeres Vampiro” at the Cine Variedades, which was about a block away from the Cine Plaza where my Tio Abelardo worked in the theater’s business office. He worked in the archives department, writing historical film articles and celebrity columns.

El Santo’s comic book advertised a contest on the last page: draw a picture of El Santo, mail it in and you could win one his masks! What? I liked to draw, but I mostly doodled kooky monsters and little soldiers with big heads. So I ran to my papa, who on occasion drew pictures for me.

He was on the couch having a Marlboro and the smoke was hanging in our small living room like a country fog in autumn. “Papa, me puede dibujar a El Santo? Mire, se puede ganar una mascara!” I placed the magazine in front of him and in his stoic manner, he quietly picked up a paper and pencil.

I stood close watching his every move and then after a while I admired a very nice rendering of my favorite mexican wrestler. “Yo hago la letra”, I said as I scribbled the crooked letters “El Santo” above the drawing. It looked terrible as the heading on the nicely penciled illustration, but I didn’t care…my eyes were already on the prize!

I heard from a friend that lucha libre was televised on channel 5 from Mexico City. I tuned in and to my delight, the announcers were just as crazy as the audience. Their colorful commentary had phrases like, “Alli viene la plancha” and “Asi no quiero que bailes con mi hija”, as the good guy exacted revenge on the bad guy with several haymakers in a row. El Paso wrestling matches at the Coliseum were looking like stiff choreography by comparison.

Las luchas from Mexico were bigger and badder; enter Los Hermanos Espanto. All brothers, but not just two or three, but four of them! Esos condenados eran rudos! Los Espantos started feuds and reviled in it every week. They baited the crowd and basked in the amplified heckling, standing with outstretched arms like they were kings of the ring.

If one of them had a solo match and started losing, another Espanto would appear from nowhere, blindside the good guy and the bad brothers would beat him to a pulp. The ref could never control a lop-sided match and the masked marauders would always win.

Los Espantos would exit the ring gesturing triumphantly to the agitated crowd of screaming women, as their drunk husbands yelled and whistled obscenities to them and the ref. Kids would throw fichas in disgust. The referee would high-tail it to the dressing room hoping not to get hit along the way with a flying object. That’s lucha libre!

A similar lop-sided match happened to one of El Santo’s favorite tag team partners. Same outcome, double teamed and our guy got beat up in the process. This time, El Santo wanted revenge and challenged Espanto II to a mask vs mask, winner-take-all grudge match. Our hero won this bloody bout and Espanto’s mask was removed in the middle of the ring after a 2 out of 3 falls bout.

The loser’s mask was awarded to El Enmascarado de Plata and the crowd roared in approval. Espanto II walked away having suffered a good ol’ fashioned ass-woopin’ with no mask to hide behind. Don’t mess with El Santo. He was like royalty. He was Mexico’s adopted son. ( You Tube has a five-minute video of the actual match between El Santo and Espanto II. The quality is pretty good. )

So one day my mom and I were on our way to see my abuelos. A favorite diner of hers was La China Poblana, located on the north end of the old Juarez borough, “La Chaveña”. We stopped in for mama’s snack of choice, a shrimp cocktail.

In a previous visit I tried one and enjoyed the combination of the chilled shrimp, spicy tomato sauce and lime.

It was around noon as we sat at a table and the waiter promptly came over. “Que desea señora?”, he asked politely. Mom replied “Deme un coctel de camarones, por favor”. “Y usted joven?”, he asks turning to me. Feeling more peckish than a shrimp cocktail and without looking at the menu, I declared, “Yo voy a querer carne asada, mariscos y sopa de macarron casero”. He quickly turned a quizzical glance at my mom who snapped back without missing a beat, “No le haga caso, traigale una hamburguesa”.

Mom didn’t say anything else. I sat there dejected as the waiter jotted down the short order and walked quickly into the kitchen, obviously anxious to tell the cook, “Wait till you get a load of this one”.

Later that day I was mildly embarrassed in front of my Tia Ema as mama recounted the lunchtime story. My tia laughed and had a big grin after she heard about her godson’s outrageous lunch request and my illusions of becoming a professional wrestler.

I never ordered that meal again. 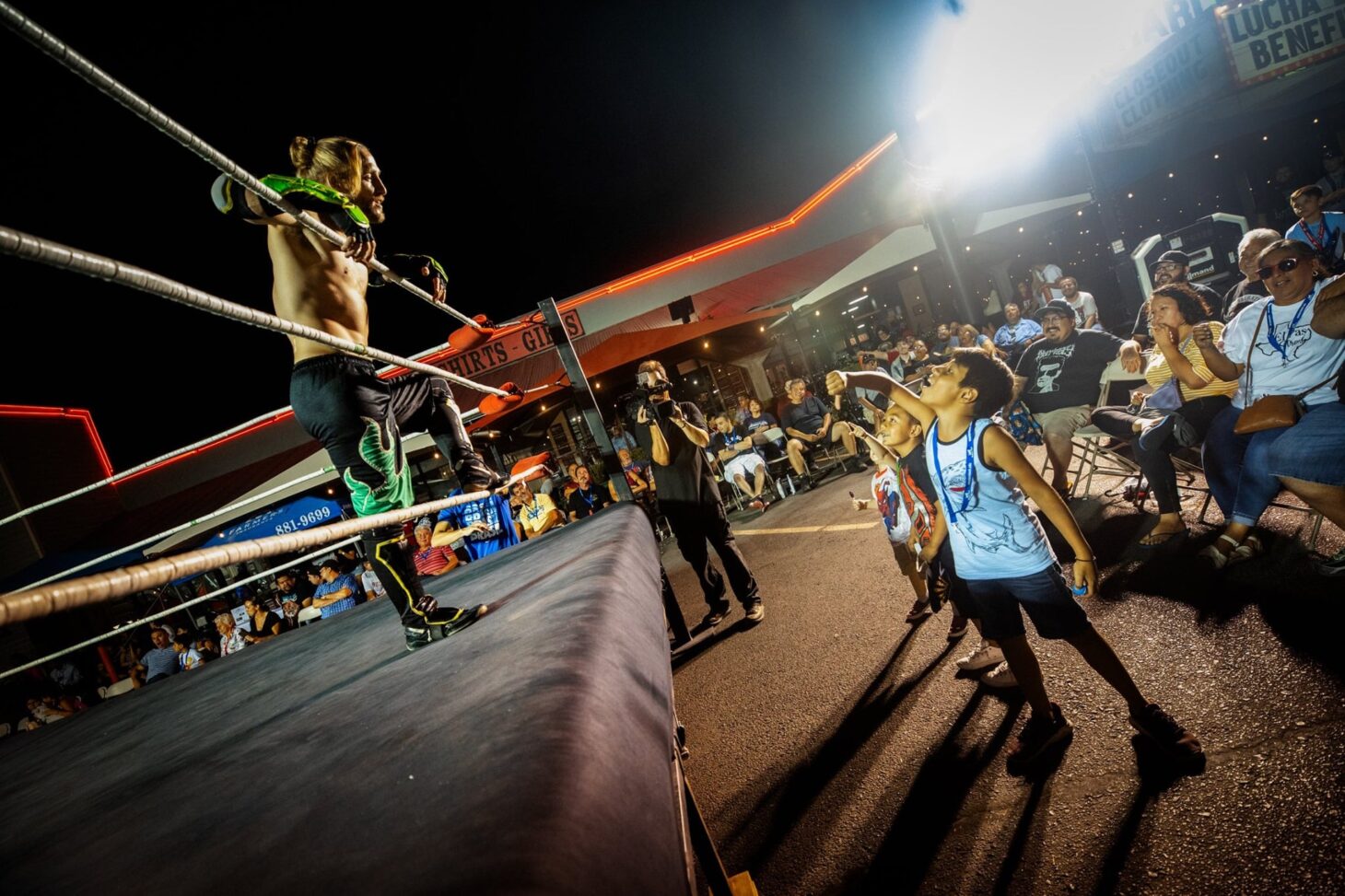 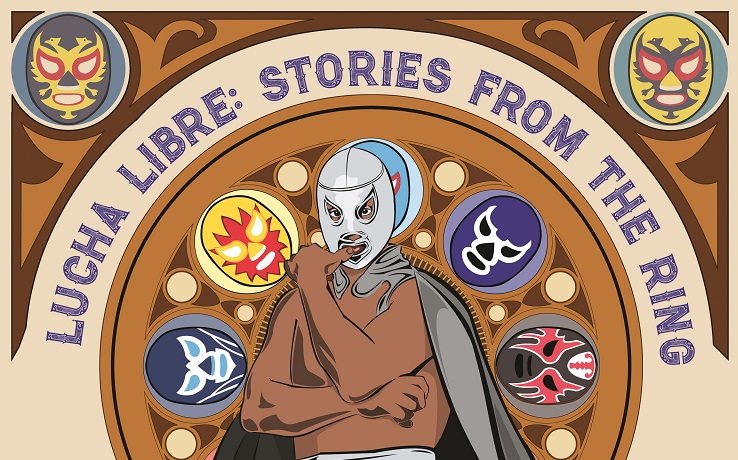 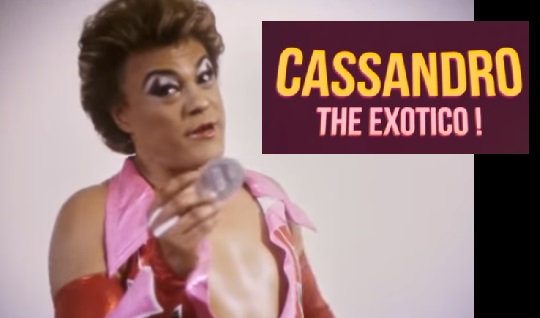