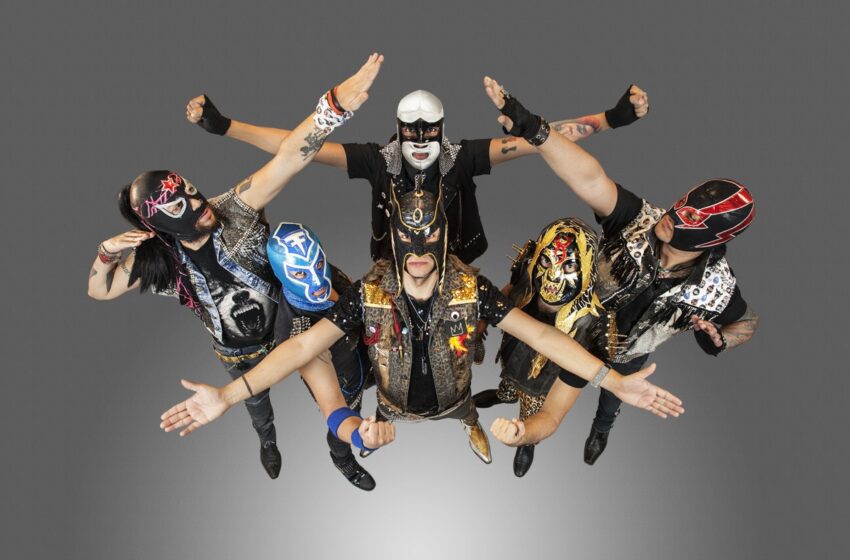 Chalk the Block welcomes El Conjunto Nueva Ola (ECNO) to the Chase stage on Saturday, October 7, at 8 p.m. when they make their El Paso debut.

Running all weekend in Downtown El Paso, Chalk the Block is a collaborative event programmed by the City of El Paso Museums & Cultural Affairs Department and the El Paso Community Foundation and sponsored by the Rudolph family of dealerships.

Combining classic new wave, rock and disco with Latin cumbia rhythms, ECNO will take El Paso by storm with their hilarious, irreverent and highly entertaining on stage antics and energetic performances.  The band has performed throughout the US and Mexico and has graced the stages of top Hispanic television networks, including Telemundo, Telefutura and Univision.

This year’s festival is also supported in part by an award from the National Endowment for the Arts. This year, Chalk the Block is celebrating its 10th anniversary.

The Chase stage will host live performances throughout the day on Saturday.

In addition to performers, CTB will also engage attendees with installations created by artists from around the nation.

For more information visit Chalk the Block online or call 915-212-0110. You can also access a complete event guide on the Visit El Paso app. (Download the app HERE)

Chalk the Block Returns to Downtown this...