DESTIN, FL. — Per sources, the 2017 CUSA Men’s and Women’s Basketball Championship will be hosted by either UAB or UTEP. Aldo Amato of the Daily News Journal in Murfreesboro, Tenn. first broke the news coming out of the CUSA annual spring meetings in Destin, Fla. Tuesday.

Both UAB and UTEP have hosted the CUSA basketball championship twice since 2010.

MAKING THE CASE FOR EL PASO

At the end of the day the most influential factor in Conference USA’s decision in picking a host site is money. I’m not interested in getting into those numbers. I would, however, like to make a case for both El Paso and Birmingham — both of which I personally have attended the CUSA Championship in.

My time in El Paso for the 2011 CUSA Basketball Championship was eventful to say the least. I arrived in town the morning of the tournament just a few hours before UAB, the 1 seed, was to play East Carolina the 8 seed. As you all know UAB failed to beat the Pirates for the third time that season sending the Blazers packing early.

I was mad, disappointed, and most importantly, 1,200 miles from home.

Despite my rude introduction to consuming college basketball in El Paso, what happened next is what still to this day has left an impact on me when I think of that West Texas town.

For the remainder of the tournament I spent my time floating between the Don Haskins Center and every local watering hole that the famed Cincinnati Avenue had to offer. The underlying trend of every place I visited and every El Pasoan I met was their love for basketball and the Miners.

hear the arguments of El Paso in proximity to the other 13 CUSA schools and I get it. Unless you’re coming from UTSA, you’ll likely be getting on an air plane to get there. The reality is CUSA fans don’t travel well. That reality is what it is and that’s a conversation we can have at another time. What the conference islooking for is a host city and school that will bring in the majority of the attendees. UTEP has proven they’ll fill the seats – especially if their team is in contention.

It’s also worth noting UTEP provides a footprint that allows the attendee to easily walk between the Don Haskins Center and Memorial Gym where the women’s games are played. Between games patrons can venture over to Cincinnati Ave for libations, and ample food options are at nearly every corner.

Other than El Paso’s geographical location, the only other draw back would be lodging. There are a few lodging options within walking distance on campus, but the majority are downtown, which is not exactly walk-able.

MAKING THE CASE FOR BIRMINGHAM

UAB hopes to be the hosting school of the CUSA Basketball Championship for the third consecutive season. The Blazers won the 2014-15 tournament joining Memphis, Cincinnati, and Louisville as the only CUSA Championship hosting schools to win.

The Birmingham-Jefferson Convention Complex (BJCC) – now named The Legacy Arena – is site of the men’s portion of the CUSA Championship and UAB’s home arena, Bartow Arena, hosts the women’s. Unlike UTEP, the two gyms are not within a realistic walking foot print.

One must travel via car or public transportation to travel between the two. The Legacy Arena is, however, adjacent to two hotels to accommodate the visiting teams, fans, and media. In addition to the hotels, the arena also features the nearby Uptown District, which boasts many food and drink options.

The biggest argument for Birmingham when comparing to El Paso is location. When considering CUSA school cities, UAB is virtually at the geographical center of the conference footprint. While UTEP is probably only drive-able for UTSA, UAB is within driving distance of Southern Miss, La Tech, MTSU, and WKU.

It’s also worth noting that the schools within driving distance of Birmingham have been some of the more competitive in the conference in years past, which usually leads to higher traveling fan attendance.

If there is a a draw back to Birmingham being the host site, it would be the attendance the last two year’s it’s been in town. Last year’s CUSA Championship attendance numbers were some of the worst in the entire country. The combination of UAB playing at noon on Thursday and losing was the worst possible scenario for ticket sales.

Rumor is that the UAB athletic administration has said they will not host the tournament again unless the school is given the prime time slots. I highly doubt UAB and the City of Birmingham would follow through if their feet are held to the fire. I also don’t believe CUSA will give UAB the prime time spots again like they did in 2015.

If UAB and Birmingham win the bid, all eyes will be on the attendance numbers because you can bet neutral sites like Nashville and Atlanta will be looking to get their foot in the door in 2018.

Whether the tournament is hosted by UTEP or UAB, I firmly believe it’s the best current option for the conference. However, I think the sooner this tournament moves to a neutral city the better. 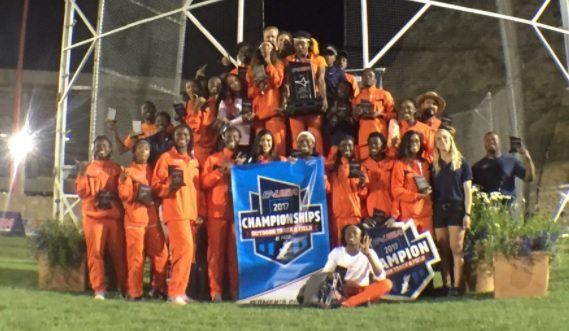