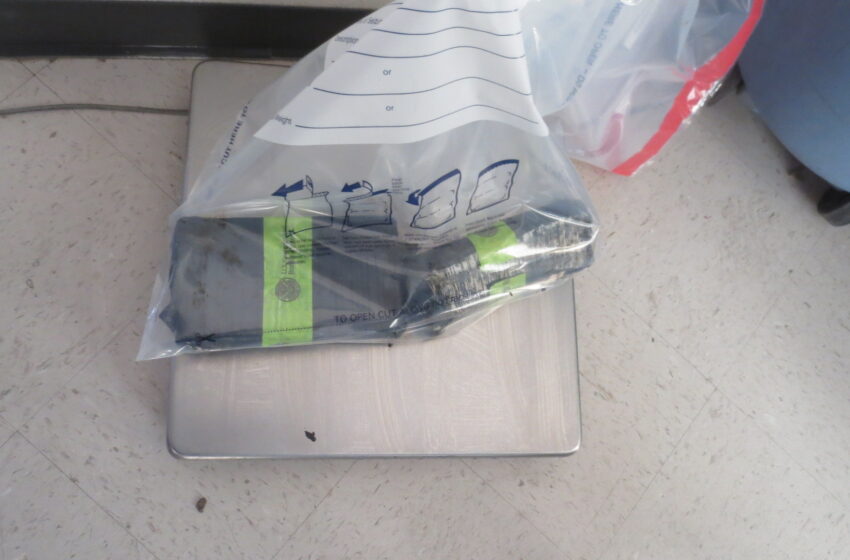 U.S. Customs and Border Protection (CBP) Officers at the El Paso area ports of entry, seized over 71 pounds of cocaine, 0.74 pounds of fentanyl, 109 pounds of marijuana and arrested 23 fugitives from justice within the span of a week.

“CBP Officers continue to work hard and remain dedicated to securing our border” said CBP Director, Field Operations Hector A. Mancha. “These interceptions and arrests are examples of the remarkable job our CBP Officers do every day to keep our country safe.”

According to officials, the first narcotics bust happened on Thursday July 8 at the Paso Del Norte border Crossing.

“A drug sniffing dog alerted to the odor of narcotics coming from a Chevy Trail Blazer driven by 24-year-old United States citizen,” CBP officials said. “Upon search of the vehicle, CBP Officers discovered a total of 101 bundles with a weight of 109 pounds of marijuana. The drugs were hidden in the doors and under the hood.”

Early Friday morning, CBP Officers at the Paso Del Norte border crossing seized over 26 pounds of cocaine hidden in the quarter panels of a Nissan Sentra driven by a 19-year-old female.

Later that day at the Ysleta Port of Entry, CBP Officers inspected a Toyota Corolla driven by a 24-year-old man and discovered 13 bundles of cocaine weighing 30 pounds, hidden in the vehicle.

A few minutes later, back at the Paso Del Norte border crossing, CBP Officers discovered the third narcotics seizure of the day when a 26-year-old male attempted to smuggle 10 pounds of cocaine hidden in the seats of a Hyundai Azera.

Finally, on Saturday morning, at the Ysleta Port of Entry, CBP Officers discovered over four pounds of cocaine and .74 pounds of fentanyl inside the engine area of a Dodge pickup truck. The driver of the truck was a 30-year-old United States citizen.

In addition to the drug busts, CBP Officers from across the El Paso Field Office arrested 23 fugitives from justice.

“The arrests made were for crimes such as: probation violation, theft, assault, alien smuggling, dangerous drugs, failure to appear, larceny, crimes arrest morality and decency, and terroristic threats,” officials added. All subjects were arrested by CBP Officers and turned over to local and federal authorities to face charges.”