“We’re excited to welcome the 2016 Chihuahuas players to El Paso,” said Chihuahuas General Manager Brad Taylor. “We look forward to seeing the talent this roster brings to the field.”

The Chihuahuas open the regular season on Thursday, April 7 on the road against the Reno Aces.

Leonel Campos: Campos returns to El Paso in 2016 after making 38 appearances for the Chihuahuas in 2015.  He pitched in seven games for San Diego over the last two seasons.

Jose Dominguez: The hard-throwing 25-year-old has Major League experience with the Los Angeles Dodgers and Tampa Bay Rays over three separate seasons.  He was signed as a minor league free agent by the Padres this winter.

Robbie Erlin: The 25-year-old returns to the Chihuahuas in 2016 after dividing the past three seasons between Triple-A and the Padres.

Frank Garces: The left-hander has Major League experience with the Padres in 2014 and 2015, when he made San Diego’s Opening Day roster. Garces made 19 appearances for the Chihuahuas in 2015.

Tayron Guerrero: The 25-year-old is ranked No. 15 on MLB.com’s list of top Padres prospects.  He finished 2015 with El Paso and signed with the Padres out of Colombia seven years ago.

Jeremy Guthrie: The 37-year-old was signed recently by the Padres and will make his Chihuahuas debut on April 8 in Reno. Originally a first round pick by the Cleveland Indians in 2002, Guthrie has pitched 12 seasons in the major leagues.

Justin Hancock: The 25-year-old was drafted by the Padres in 2011. After an All-Star season for the Double-A San Antonio Missions, he made it to Triple-A for the first time in 2015 with El Paso.

Michael Kirkman: The former Texas Ranger with World Series experience joined the Padres in February on a minor league deal.  Kirkman is entering his 12th professional season after pitching with Colorado Springs in 2015.

Cory Mazzoni: The 26-year-old right-hander joined the Padres organization just before the start of the season in 2015.  San Diego gave him his first Major League action last April in addition to coming out of the bullpen in El Paso.

Daniel McCutchen: The 33-year-old returns to El Paso after making 22 starts for the Chihuahuas in 2015, including Game 1 of the PCL playoffs in Fresno.  He elected free agency at the end of season, but re-signed a Minor League deal with the Padres.  McCutchen made it to the big leagues in five different seasons for Pittsburgh Pirates and Texas Rangers.

Daniel Moskos: The former fourth overall pick pitched in the major leagues with the Pirates in 2007. Moskos played for Navojoa in the Mexican Pacific League last winter.

Carlos Pimentel: The 26-year-old had an excellent season in 2015 with the Iowa Cubs. His career-best 12 wins in 2015 earned him the Pacific Coast League Pitcher of the Year award and a start in the Triple-A All-Star Game in Omaha.

Jason Hagerty: The 28-year-old switch-hitter has been with the Padres since 2009 when he was drafted in the fifth round.  He has spent time at Triple-A while the Padres’ affiliate has been in El Paso, Tucson and Portland.

Austin Hedges: The 23-year-old appeared in 56 Major League games with the Padres in 2015 after beginning the season with the Chihuahuas.

Alexi Amarista: The 26-year-old has been with the Padres since early in the 2012 season and has not appeared in a minor league game since May of 2012. He originally came to the Padres organization in the trade that sent RHP Ernesto Frieri to the Los Angeles Angels.

Carlos Asuaje: The Padres No. 17 prospect, according to MLB.com, was acquired in November as part of the Padres trade with the Boston Red Sox that sent Craig Kimbrel to Boston.

Nick Noonan: A San Diego native, Noonan signed with the Padres in February on a minor league deal.  He brings Major League experience with San Francisco, having spent parts of 2013 and 2015 with the Giants.

Mike Olt: Now in his seventh season, Olt split 2015 with the Chicago Cubs and White Sox. He was originally a compensation pick by the Texas Rangers at the end of the first round in 2010.

Ryan Schimpf: The 27-year-old is beginning his first season away from the Toronto Blue Jays organization. He was drafted by Toronto in 2009 and split 2015 between Double-A New Hampshire and Triple-A Buffalo.

Alex Dickerson: The Chihuahuas leader in hits (141), doubles (36) and triples (9) in 2015 is back for his second season in El Paso. Dickerson made his MLB debut on August 6 in Milwaukee and was awarded PCL Rookie of the Year in 2015.

Manuel Margot: The Padres top prospect, according to MLB.com, is coming off an impressive big league Spring Training. Margot is in his first year in the Padres system after being acquired from Boston in last off-season’s Craig Kimbrel trade.

Jose Pirela: The Venezuela native has Major League experience with the New York Yankees in 2014 and 2015. He is 26 years old and came to the Padres in an off-season trade with the Yankees.

Hunter Renfroe: Taken in the first round of the 2013 draft, Renfroe is the Padres No. 3 prospect, according to MLB.com.  He ended the 2015 season with the Chihuahuas during the club’s playoff run.

The Chihuahuas home opener is Friday, April 15 against the Reno Aces.  For full season seats, or Paw-tial Plan packages, fans can call (915) 533-BASE or visit www.epchihuahuas.com 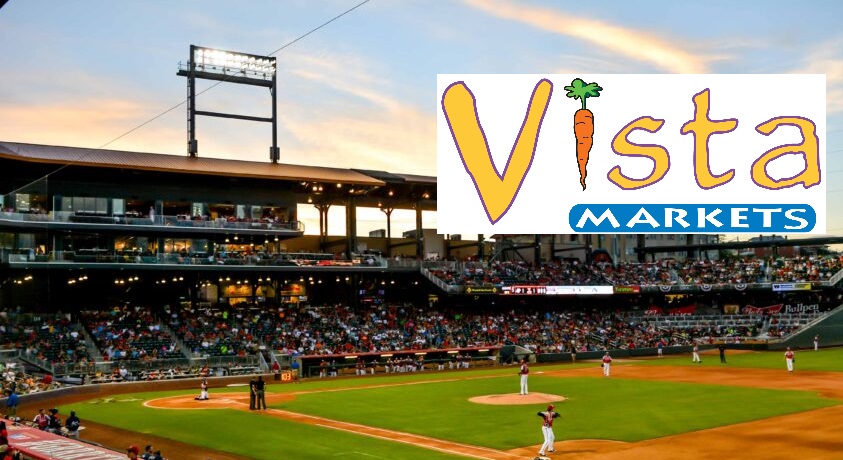