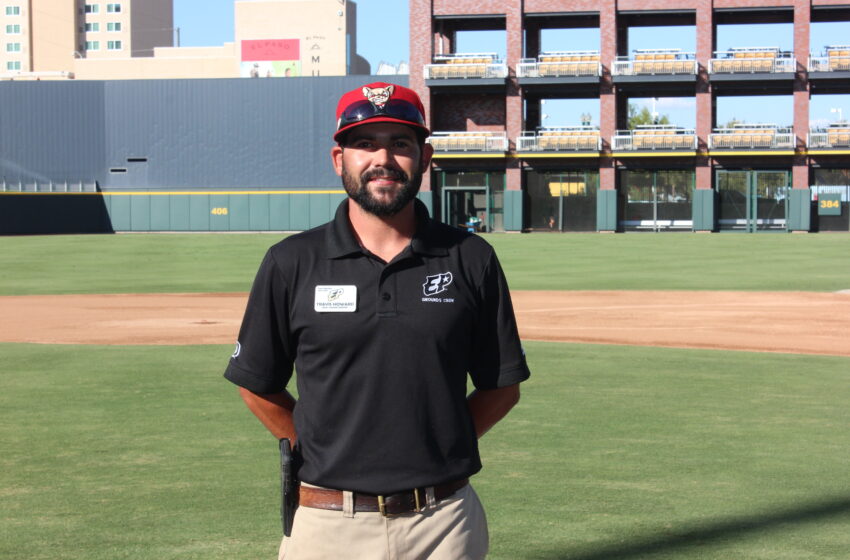 ROUND ROCK – For the second consecutive season, El Paso’s Travis Howard has been elected the Pacific Coast League’s Sports Turf Manager of the Year, President Branch B. Rickey announced Friday.

Howard is the second groundskeeper to win the award in consecutive seasons; Albuquerque’s Jarad Alley previously did so in 2007 and 2008. El Paso is being recognized for its excellence in grounds operations for the third time in four years.

Before Howard’s achievements, Andy Beggs was honored in 2015.

Voting for the award was done through balloting of the League’s 16 field managers and on-field officials. It is based on 11 different categories, including the preparation of the field for the game and the overall playing surface.

Howard, in his third season working on the grounds of Southwest University Park, joined the club in 2016 as an assistant to Nate Jones. Howard was a four-year letter winner in baseball at Newberry College, during which he worked on the grounds in the summer; he graduated with a bachelor’s degree in sports management.

Howard has also worked in the collegiate ranks as the Grounds Manager at Long Beach State University, from 2015 to 2016.

“I would like to thank everyone in El Paso for the support that we receive year after year – the city, our fans, front office, coaches, players and my crew. This is not an individual award; this is an organizational award,” Howard said. “Winning this award last year was an amazing accomplishment, and it feels great to win again. This League is full of excellent groundskeepers and ballparks. It is hard to put into words how much this means.”

Behind Howard, the voting was extremely close, and for the first time, the PCL would like to recognize three groundskeepers with Presidential Commendations. Albuquerque’s Clint Belau, Round Rock’s Nick Rozdilski and Salt Lake’s Brian Soukup will all be honored for their outstanding work this year.

Howard, along with the International League’s recipient, are the candidates for the Triple-A classification award, which will be announced at the 2018 Baseball Winter Meetings in Las Vegas, Nevada.