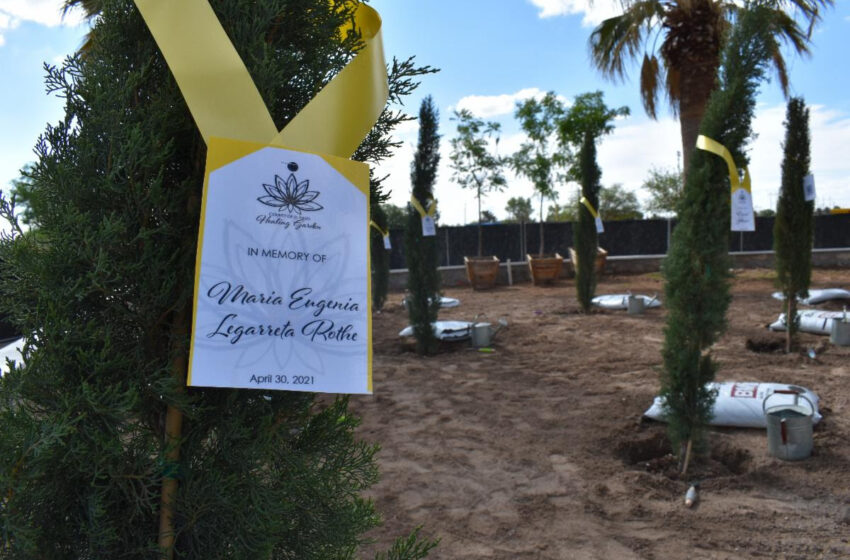 The Congresswoman’s office adds that the introduction of this legislation comes ahead of the two-year mark of the August 3rd, 2019, domestic terrorist attack against El Paso.

“Almost two years ago, El Pasoans found themselves at the intersection of the gun violence epidemic and America’s hate epidemic when a domestic terrorist killed 23 beautiful souls, injured 22, and devasted an entire community,” said Congresswoman Escobar.

This legislation grants a federal designation to the El Paso Community Healing Garden and honors the victims and survivors of the domestic terrorist attack against El Paso, as well as the first responders and the entire community.

“As El Pasoans continue to honor the memory of those who perished and pay tribute to those who survived, I am determined to ensure the nation never forgets the deadliest targeted attack against Latinos in modern American history and the remarkable way my beautiful community has united and continues on the path to healing,” Escobar added.

“Designating the El Paso Community Healing Garden as a National Memorial Site would forever enshrine in law the resiliency of El Paso in the face of hatred.”

A non-National Park Service affiliated federal recognition as a National Memorial site would allow for public or private grants.

On August 3rd, 2019, El Paso was the target of a horrific act of domestic terrorism that took 23 lives and injured 22.

Following the attack, the County of El Paso approved the construction of the El Paso Community Healing Garden to provide El Pasoans a space to honor victims and survivors and embrace their healing process.