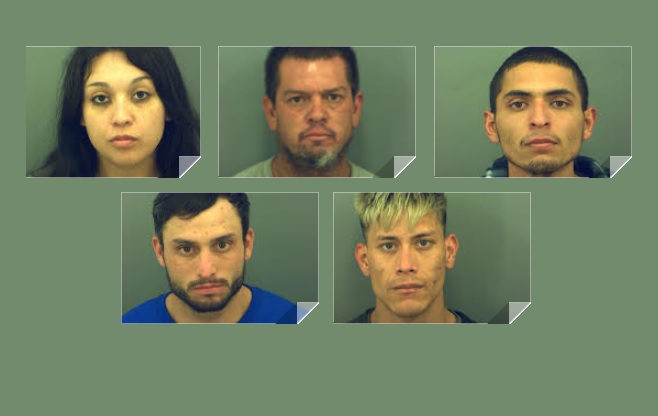 Nearly a week after an alleged kidnapping in San Elizario, the El Paso County Sheriff’s Office (EPCSO) announced the arrest of five people in connection to the case.

According to EPCSO officials, on January 7, 2021, El Paso County Sheriff’s Office Deputies were sent to a convenience store in San Elizario in reference to a kidnapping.

“Upon arrival, deputies met with the reporter that informed them that her brother had been abducted at gun point from the convenience store,” officials shared.  “Through the course of the investigation, deputies located the residence where the kidnapped victim was being held.”

EPCSO officials said that once they reached the residence, deputies located several subjects including the kidnapped victim.  As the Sheriff’s Office Major Crimes Unit responded to the scene, an additional kidnaped victim was identified.

Via a news release, EPCSO officials said each individual was charged with two counts of Engaging in Organized Criminal Activity / Aggravated Kidnapping.

Officials add that the investigation remains ongoing, and no other information is available at this time.