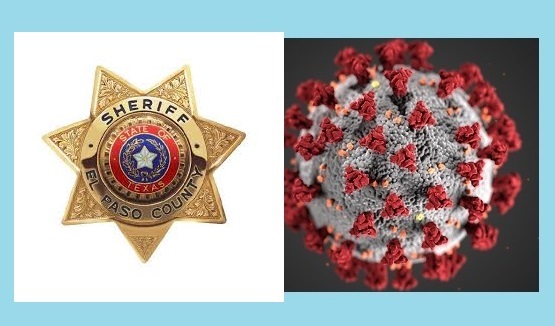 Less than 24 hours after County Attorney Jo Anne Bernal issued opinions on the County Judge’s ‘Stay at Home Order’ from Thursday, the El Paso County Sheriff’s Office (EPCSO) released a statement saying that they would be enforcing the order.

Below is the complete statement provided by EPCSO:

We understand that the Texas State Attorney General has issued his opinion that certain provisions contained within the El Paso County Judge’s new order are not enforceable.  Additionally, we are aware that a lawsuit has been filed and is currently pending.

However, based upon the opinion released last night from the El Paso County Attorney’s Office, it is clear that the County Judge’s order is in fact legal and enforceable.  As such, the El Paso County Sheriff’s Office will be enforcing all the provisions in the new order.

Covid infections are out of control and continue to skyrocket with no end in sight.  We are hopeful that the citizens of El Paso will understand the seriousness of this issue and voluntarily comply with the Judge’s order.  Otherwise enforcement action will be taken.

The EPCSO release comes after a Friday where both the County Judge and El Paso Mayor Dee Margo ended up on opposite sides of the enforcement controversy, as Covid-19 cases continued to skyrocket.  Each side took their disagreement to the airwaves and social media.

During the live interview on KLAQ, the Mayor, when asked directly ‘what should businesses do today,’ the simply responded “Remain open…” and then went on to clarify what happened between the County Judge and himself.

“It’s unfortunate…the Judge and I have been in total lockstep since day one- you can’t…ya know…the legal departments of the county and the city have to work together to figure out how you would enforce a particular order which is what we’ve done from day one…but unfortunately…I also knew this shutdown would not…would not fly. It’s been tried before and the governor would now allow it.”

Later Friday morning, Judge Samaniego penned the following response and posted it to Facebook, which said, in part:

“It is also evident that the Mayor publicly conceded until now, that my orders clearly and legally superseded his orders. Embracing my political platform, I have maintained a collaborative focus and have adhered to my strong belief that ‘if you aren’t at the table you will surely be on the menu’.”

In the Friday evening release, the County Judge reminded residents that the County Judge’s order encompasses the “County of El Paso which includes the the City of El Paso, the Town of Anthony, Town of Clint, Town of Horizon, City of San Elizario, City of Socorro, the Village of Vinton, as well as all unincorporated areas of the County.”