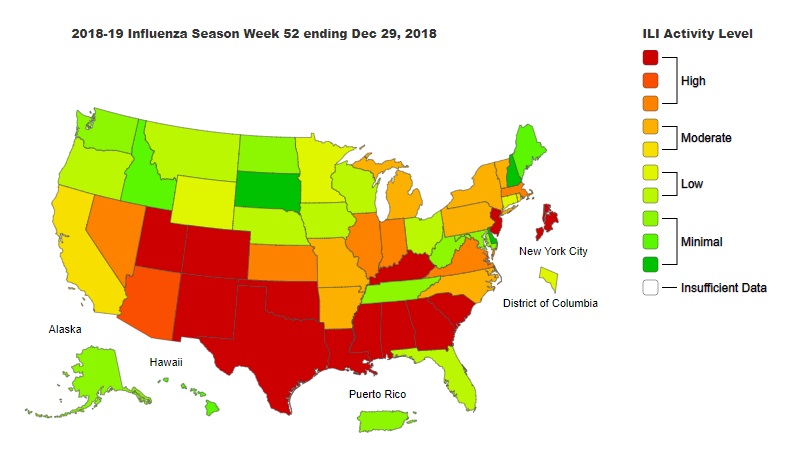 On Monday, officials with the City of El Paso Department of Public Health confirmed state and national reports that the area has seen a significant amount of flu activity in the region, and that one man has been confirmed as a the first flu-related death this season.

The first flu-related death involves a man in his 80’s who had underlying medical conditions and who had not been vaccinated against the disease.

Despite the man’s age, department officials continue to encourage all residents to receive the influenza vaccine and do whatever they can to stop the spread of the virus.

“We are seeing a significant amount of flu cases being reported in patients who are between one and 18 years of age,” said Fernando Gonzalez, Lead Epidemiologist.  “We must insist that our younger population and parents of our children be vigilant, and remind them that the first line of defense is a flu shot.”

As of the end of 2018, there were 666 confirmed flu cases recorded for this flu season. That is compared to 434 cases reported during the same time during the 2017 flu season.

There were 21 flu-related deaths during last year’s flu season.

In addition to the flu vaccine, public health officials remind the public to practice the four Cs in order to help reduce the incidence of infection. They are:

Additional information is available at www.EPHealth.com or via the Spanish-language site, under the flu tab.