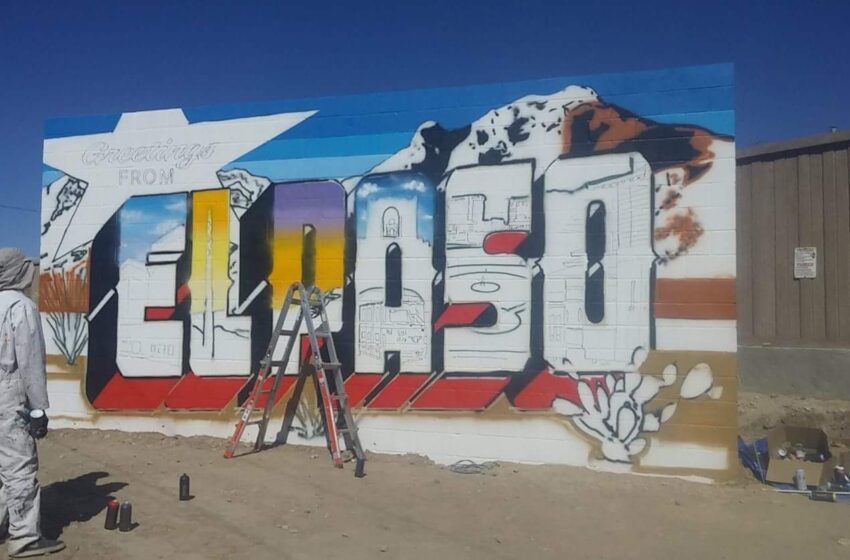 El Paso will soon join other major cities including Chicago, Denver, and Seattle, as home to a “Greetings From…” postcard mural.

Local artist Dave “Grave” Herrera coordinated the El Paso stop as part of Ving and Beggs’ Greetings Tour at the request of developer Will Harvey, who envisioned a “Greetings From El Paso” mural as part of his latest project.

Artists Victor Ving and Lisa Beggs, who travel from location to location in their RV painting murals in several cities as part of their Greetings Tour project, are currently in El Paso working on their custom “Greetings From El Paso” mural which showcases unique El Paso landmarks including Hotel Paso del Norte, ASARCO, the Star on the Mountain, the El Paso Streetcar, UTEP, and Southwest University Park.

To learn more about them visit www.greetingstour.com.

They’ve also been featured in national publications such as Conde Nast Traveler.