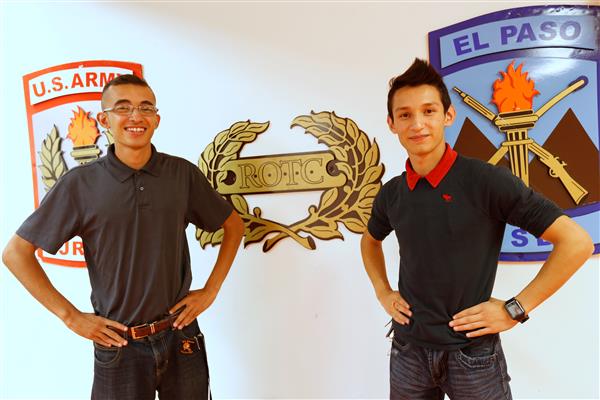 “We are really proud, since we will be representing our school and EPISD,” Adame said.

“Normally, when people think of El Paso High, they think about the building and say ‘that’s a beautiful structure,’ but the JROTC program was one of the first in El Paso. We want to bring more recognition to the program.”

The cadets are attending the race thanks to sponsorship from the Association of the United States Army (AUSA).

“I am a member of the AUSA, so I contacted them and asked if they would be interested in sponsoring us,” said Ret. Sgt. Maj. Velton Locklear, EPISD’s JROTC assistant. “They have been very helpful.”

“They did really well, and I knew they would be up for this challenged,” Locklear said. “This is a once-in-a-lifetime opportunity for them to go to Washington D.C. and have this experience.”

The cadets have been training for weeks to prepare for the run, participating in the German American Oktoberfest Night Run and other local runs, as well as running on their own time.

“This past Sunday we ran ten miles with the sergeant major, and we did pretty well,” Ramirez said. “We ran at Fort Bliss where the Special Forces do their rucksack marches and finished in 1 hour and 20 minutes.”

The race will start and end at the Pentagon, charting a course past national monuments, important landmarks and scenery.

This will be Ramirez’ first visit to the Washington D.C., and he is excited to see the sights.

“I am looking forward to seeing the White House and the other monuments,” he said. “We are cadet officers, so it’s great to set the example for the other cadets and for them to see the things that can happen when you put in the work.”