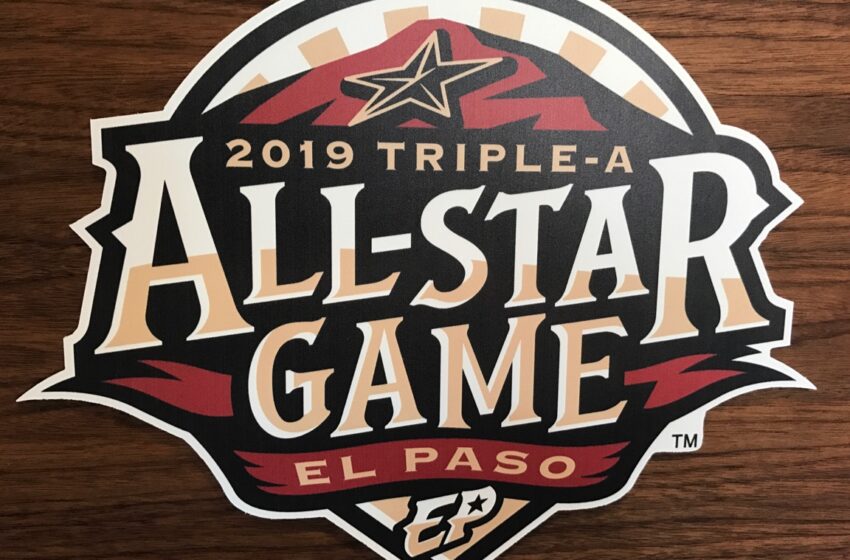 The El Paso Chihuahuas will once again host a premier Minor League Baseball event as the 32nd edition of the Triple-A Baseball All-Star Game comes to Southwest University Park in July of 2019 in a nationally televised game. A date and time will be announced in the future.

The game showcases the best players of Triple-A Baseball’s Pacific Coast and International Leagues. The multi-day event includes a number of major events, including the fan favorite Home Run Derby.

“We’re proud to have another opportunity to show off El Paso and Southwest University Park to a national audience as the host of the 2019 Triple-A Baseball All-Star Game,” said MountainStar Sports and El Paso Chihuahuas President, Alan Ledford. “This is a wonderful opportunity for Chihuahuas fans to see the next generation of future Major League stars right here in El Paso.”

“The Triple-A All-Star Game is a marquee event for all of Minor League Baseball,” said Minor League Baseball’s President and CEO Pat O’Conner. “To bring together the top caliber of players for this event makes it a showcase event. I can think of no better venue to play this game than in El Paso. What has happened in El Paso is no surprise given the first rate ownership, management and affiliation put together for the passionate fans in the region.”

“I am so enjoying this announcement because not only is it a showcase event we can bring to the City of El Paso but it shows off a magnificent organization in MountainStar Sports Group and the Chihuahuas, and an El Paso fan base also, to the rest of the country,” said the president of the Pacific Coast League, Branch Rickey. “On top of all that, it’s just such good fun and families will love it.”

The All-Star game is celebrating its 30th year in 2017 as the Tacoma Rainiers (Seattle Mariners) play host to the game that alternates annually between the Pacific Coast League (PCL) and the International League (IL).

“The International League is excited to be part of bringing the national spotlight on Triple-A Baseball back to El Paso and Southwest University Park,” said Randy Mobley, International League President. “The Chihuahuas operation and this ballpark represent all that is great about Minor League Baseball.  The fans and corporate community of greater El Paso have earned the opportunity to host this game with their tremendous support during the past three seasons.”

The Chihuahuas open their fourth season in 2017. Since their inaugural campaign, the Chihuahuas have been committed to providing affordable family entertainment to the El Paso region. They have welcomed more than 1.5 million guests through the gates of Southwest University Park; lead Minor League Baseball in social media with more than 200,000 followers; won the Pacific Coast League title in 2016; were community leaders with more than 500 community service hours, donations, and speaking engagements to name a few.

Current and new Chihuahuas Season Seat Holders will be given the first opportunity to purchase tickets. Fans are encouraged to call (915) 533-BASE for information on how to reserve their seats.

Individual game tickets will be made available to the general public at a later date.

The Chihuahuas are also accepting group and hospitality reservations. For information on Corporate Partnerships, Season Seats, group rates and our new and unique hospitality areas, call (915) 533-BASE or visit EPChihuahuas.com.