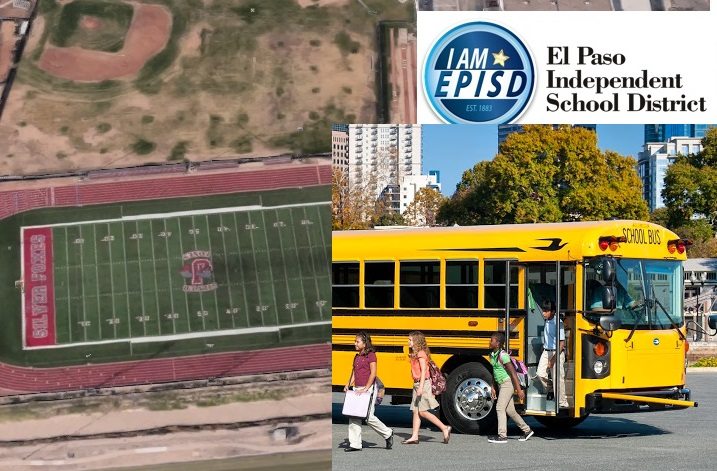 The El Paso Independent School District (EPISD) Board of Trustees will vote Tuesday night on two high-profile purchases for the district and its students.

The Board could approve the procurement of a total of 25 units that would replace aging school buses in the EPISD fleet. The buses will be used to transport students to and from school and other school functions like athletic events, fine arts competitions and field trips.

An evaluation committee recommended that the District buy the buses from Blue Star Bus Sales. Blue Star provided a competitive sealed proposal bid that totals $2.6 million — a savings of about $30,000.

The funds will come out of the general fund, which last year received a $14 million boost thanks to a referendum approved by voters through which the District was able to shift 3 cents from its debt-service tax rate into the maintenance-and-operation tax rate.

The shift, coined as a Penny Swap by EPISD but officially called a Tax Ratification Election by the state, allowed the District to access additional state funding. EPISD Administrators had said the additional money would go toward salary increases for teachers and other employees, and could also include the replacement of school buses and funding improvements to fine arts and athletic programming.

“The bus purchase helps us improve the transportation services we provide the students.

These buses will replace units that are decades old,” said Oscar Anchondo, EPISD’s director of transportation services. “And an added benefit of purchasing from Blue Star is that 70 percent of our current buses are Blue Star buses and therefore we can use parts from discontinued units to fix the new buses if they break down.”

Also up for a vote is the contract to build a football stadium at Jefferson High School and make improvements to the school’s baseball and softball fields.

The District seeks to build a 6,000-person grandstand. The stadium also will include a press box, public address system, concession stand restrooms and ticket booths. This will be the first stadium for Jefferson, which has played its home football games at Bowie High School

The $2.9 million contract, if awarded, also would include renovations to Jefferson’s baseball and softball fields, as well as the relocation of the Henderson Middle School football field and renovations to the basketball courts there.

Funding for the project comes from the bond election voters in EPISD approved in 2007. The funds were originally slated to pay for the construction of a new high school in the far Northeast, but the District scrapped the plans when new home construction planned in the area did not materialize.

Trustees will consider awarding the contract to Banes General Contractors, based on cost and best value as determined by a bid proposal. If approved, construction could start this summer and could be completed as early as March 2017.

The EPISD Board meeting starts at 5 p.m. Tuesday at the EPISD Education Service Center, 6531 Boeing Drive.