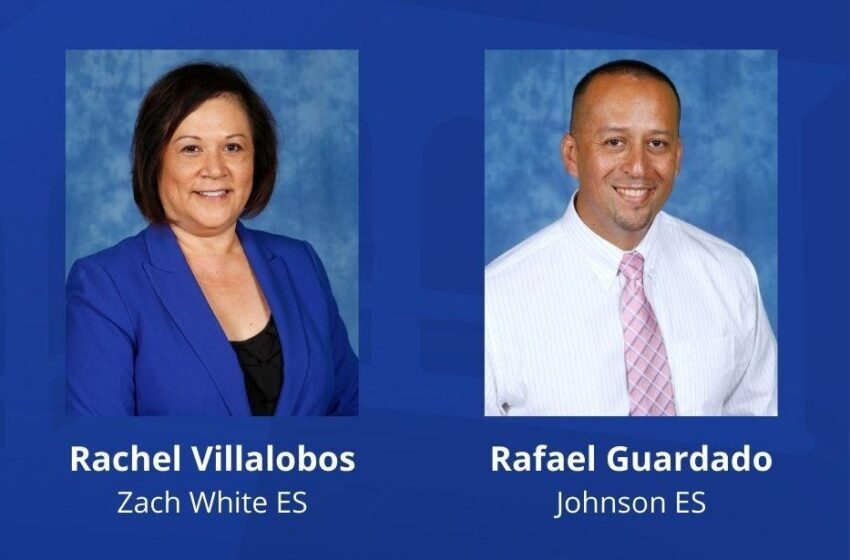 On Friday, the El Paso Independent School District announced the appointments of two experienced educators with strong ties to the District as principals of Johnson and Zach White elementary schools.

“Ms. Villalobos and Mr. Guardado have a long history of service to the children of EPISD and I’m certain they will provide outstanding leadership in their new roles,” Interim Superintendent Vince Sheffield said. “I look forward to seeing continued student success at Johnson and Zach White, two schools with a tradition of excellence.”

Bond and Roberts will consolidate with Lincoln Middle into the new Don Haskins PK-8 School starting in the fall.

Villalobos has been a principal in EPISD since 2015 and previously served as a teacher and assistant principal in the Ysleta school district. She has a Bachelors of Art in Interdisciplinary Studies from the University of Texas at El Paso and a Master of Arts in education from Sul Ross State University.

Guardado has been a principal in EPISD since 2015 and previously served as a teacher, math coach and assistant principal at several Alta Vista and Hart elementary schools. He has Bachelors of Art and a Masters of Art in education from UTEP.

Both will appointments are effective after the end of the current school year.