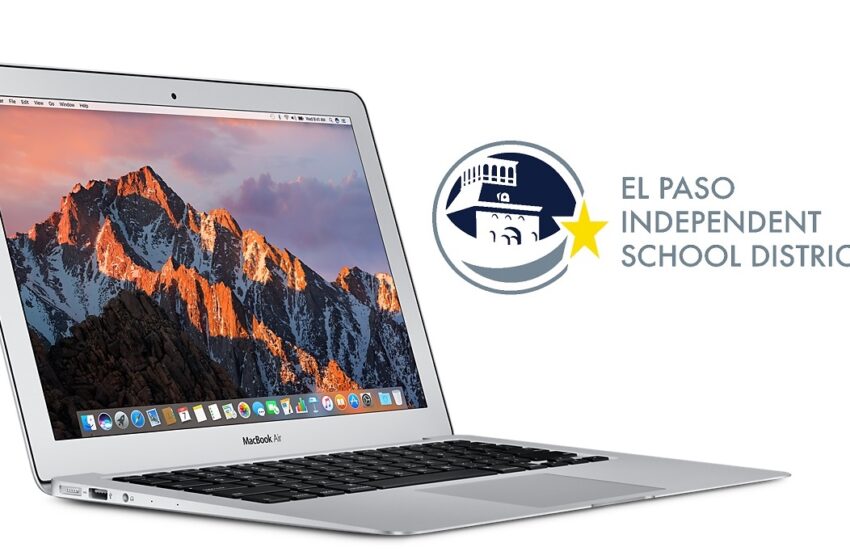 As promised during the Bond 2016 campaign, the El Paso Independent School District Board of Trustees on Tuesday approved the purchase and lease of $11.8 million in Apple laptops to help expand the popular PowerUp Program.

EPISD will use $7 million in funds approved by the voters during the historic 2016 Bond to help pay for the MacBook Air devices. The rest of the funding will come out of the District’s instructional materials allotment and the general fund.

The approved plan will guarantee that every middle school student will have an internet- ready Apple device starting in the fall. EPISD has about 12,500 students in grades six, seven and eight.

“We are starting to see the Bond at work, and I couldn’t be more excited for the future of the District,” Board President Dori Fenenbock said. “PowerUp has been a catalyst for positive change in the way we teach and our students learn. I am excited to see its expansion to the middle school grades.”

PowerUp was launched during the 2015-16 school year with the distribution of a laptop to each of the 18,000 high-school students in EPISD. During the campaign for Bond 2016, the District said it would use some of the money approved by voters to expand the program to sixth, seventh and eighth grades.

The plan approved by the Board on Tuesday will delay by several years the purchase of new MacBook Air devices for those middle schools whose students received a new Apple iPad at the beginning of this school year.

Those schools, along with students in high school grades, will receive new devices as part of a 5-year plan to introduce Apple computers to all students.

EPISD will use a combination of purchase and lease programs that, combined with a buyback provision of aging devices, will help sustain the distribution of new PowerUp laptops in subsequent years.

Superintendent Juan Cabrera said the purchase and lease of these computers came after months of research and vetting by a committee made up of educators and instructional technology experts.

The committee looked at PC, Chromebook and Apple devices before making their recommendation based on product quality, multimedia tools, professional development and total cost of ownership.