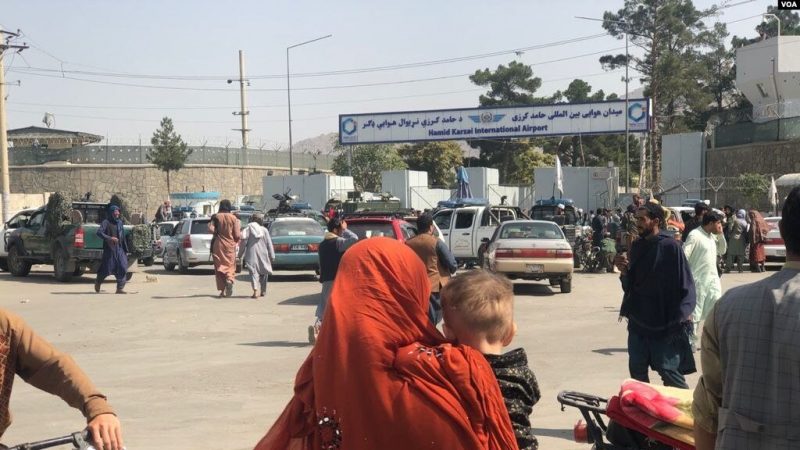 On the second day of the Taliban’s rule in Kabul, the front of Hamid Karzai International Airport was crowded with people trying to travel abroad, but were stopped by Taliban militants. | Photo courtesy Voice of America.

While crowded planes take flight from Hamid Karzai International Airport in Kabul, Afghanistan, local leaders and advocates in El Paso said they are in the dark about what a new Afghan refugee population might mean for the Borderland.

Officials from Fort Bliss and the U.S. Department of Defense have said assessment and planning is underway for receiving refugees at Fort Bliss from the war-torn country, but frustration is mounting as few details have been offered.

“Nobody calls us. Nobody talks to the leadership,” said El Paso County Judge Ricardo Samaniego.

Samaniego said he’s concerned that the new refugee population could have profound consequences for local humanitarian organizations and added that El Paso County officials have not been contacted by the United States State Department or Department of Defense about their plans.

“There’s nothing worse than an elected official that has limited information,” Samaniego said.

Lt. Col. Allie M. Payne, spokesperson for Fort Bliss, confirmed that assessment and planning is ongoing at Fort Bliss in preparation for the refugees’ potential arrival.

“The Department of Defense recently approved a request for assistance from the State Department to provide temporary housing, sustainment, and support inside the United States for up to 22,000 Afghan Special Immigration Visa applicants and their families at Fort McCoy, Wisconsin, and Fort Bliss, Texas, in addition to Fort Lee, Virginia,” said a statement by the Joint Forces Land Component Command, Army Northern Command sent to El Paso Matters on Thursday.

Some Texas lawmakers have voiced their support for plans to shelter Afghan refugees in El Paso, but specifics of the plan itself have been sparse. “The full details of this support are still being worked out,” the Army statement said.

“Unfortunately in this situation we’re basically walking in blind,” she said. “We don’t know how many, we don’t know who, we don’t know (if) they intend to stay in El Paso … so I think that that’s where my frustration lies, that it’s going to be so chaotic for them.”

In recent days, the Taliban has rapidly taken over Afghanistan and the Afghan government has collapsed, following the withdrawal of American troops from the Central Asian country. A militant group known for brutal and extreme interpretations of Islamic law — such as banning women and girls from attending school or participating in public life, amputations as punishment for theft and banning music — the Taliban’s swift seizure of power has left thousands of Afghans desperate to leave the country.

The United States invaded Afghanistan following the Sept. 11, 2001, terrorist attacks, initiating what has become the longest war in U.S. history. However, U.S. involvement in Afghanistan precedes 9/11. In the 1980s, a covert CIA operation funneled billions of dollars toward Afghan guerrillas as part of a shadow war against the Soviet Union.

The full withdrawal of U.S. troops from Afghanistan has been planned since early 2020, although President Biden pushed back the initial withdrawal date announced by former President Trump. Biden has faced criticism that more was not done in preparation to get Americans and Afghan allies out of the country.

In the 20 years since the invasion of Afghanistan, 300,000 Afghans have worked to assist the United States, often at great personal risk, according to The International Rescue Committee. Many of those who worked for the U.S. military and their family members can qualify for Special Immigrant Visas, which entitle recipients to similar resettlement benefits as refugees.

But 20,000 pending applications in the 14-step process has created a backlog in SIVs, for which an estimated 70,000 Afghans are eligible to apply, according to the Center for Strategic and International Studies, a bipartisan research organization.

Lopez said she thinks that backlog may mean that those who arrive at Fort Bliss will be a “mixed bag” in terms of their SIV application status, noting that Fort Lee in Virginia has received Afghan refugees who are in the final stages of the SIV application process.

The Afghans with pending applications at Fort Lee had already passed State Department security screening prior to entering the United States, with plans for individuals at a lower level of visa approval to be taken to other countries for processing before coming to the United States, according to a July report by the Washington Post.

“You’re going to have all of these people that are in legal limbo. So the biggest concern that I have is one, what kind of legal needs are they going to have when they arrive. And then two, just in terms of numbers, how many people are gonna need that assistance?” she said.

U.S. Rep. Veronica Escobar, D-El Paso, said that she understands the concerns of local advocates, but emphasized that the situation is very fluid and new.

“As soon as we can provide more information to the public, we will,” she said.

Escobar said that the assessment underway for Fort Bliss includes coordinating to work collaboratively with New Mexico, where part of Fort Bliss is located, and noted that there are New Mexico humanitarian organizations that have relevant experience.

“For me everything comes back to the primary premise which is, we have an obligation to these individuals and these families. I’m going to do everything possible to ensure that we have adequate resources and support so that we do right by these families and individuals who put their lives on the line alongside American service members,” Escobar said.

Lopez said her hope is to avoid further traumatizing embattled Afghan refugees upon their arrival to the borderlands, through advance preparation among local organizations.

“I would really love and I hope that we as … an immigration advocacy community will be given access to (Fort Bliss) so that we can go in and … move as quickly as we can to try and address those needs for these Afghan refugees. They’ve suffered so much, and so my hope is that we can provide some clarity as to their legal situation so that there’s at least one less thing that they’re concerned about,” she said.

Kladzyk is a musician and writer based in El Paso. She performs original music as Ziemba, and has written for publications including Teen Vogue, i-D, and The Creative Independent. Her new album came out on Sister Polygon Records in September 2020, and she is hopeful that we’ll be able to enjoy live music together IRL again soon enough. 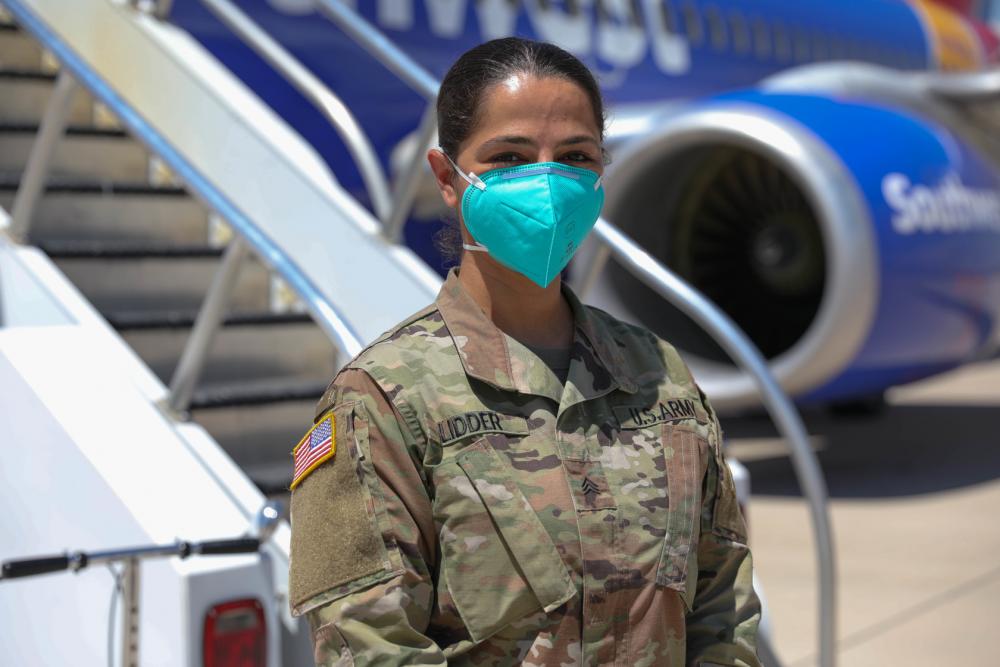 One soldier’s past, Afghan evacuees’ present