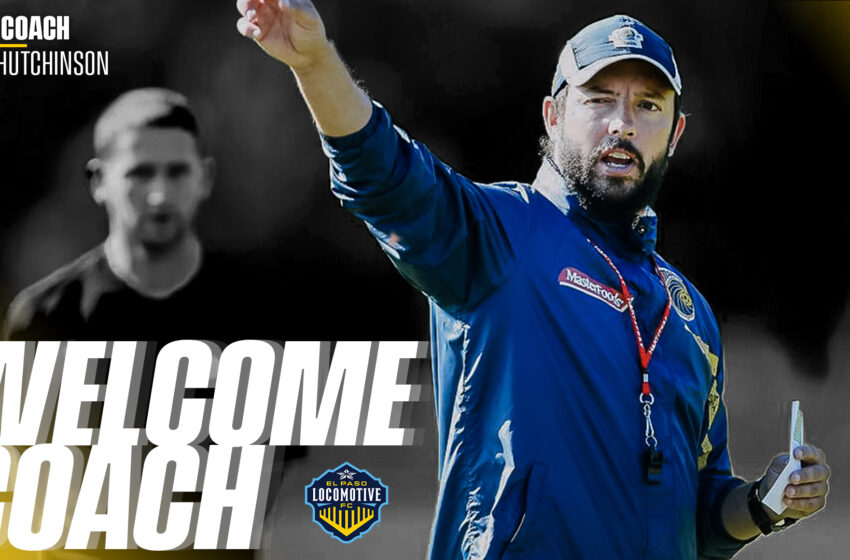 El Paso Locomotive FC is excited to welcome John Hutchinson to the club as its new Head Coach and Technical Director as it enters its fourth USL Championship campaign. Hutchinson’s professional soccer career spans over 25 years as both a player and on coaching staffs across seven leagues.

El Paso Locomotive FC is excited to welcome John Hutchinson to the club as its new Head Coach and Technical Director as it enters its fourth USL Championship campaign. Hutchinson’s professional soccer career spans over 25 years as both a player and on coaching staffs across seven leagues.

“We look forward to welcoming John and his family to El Paso,” said Josh Hunt, MountainStar Sports Group Co-Owner and Chairman. “His wealth of professional playing and coaching experience at the highest levels of professional soccer around the world will bring a unique perspective to our community and Club.”

Hutchinson, 41, has six years of technical staff experience spanning over five leagues, including abroad in the Japanese and Australian top-flight leagues as well as here in the United States. The Australian native began his coaching career in the 2015/16 season with Central Coast Mariners of the Isuzu UTE A League as an Assistant Coach. He soon departed his longstanding club in favor of an opportunity with the Seattle Sounders organization in 2017, joining the Tacoma Defiance as an assistant coach in the USL Championship. Hutchinson coached for two years with the Defiance, acting as the Assistant Coach in 2017 before taking the mantle as Head Coach in 2018. The Morwell, Australia native served as the Head Coach for Tacoma for 33 games before departing back to his native country for an Assistant Coach role with Western United FC in 2019.

Ahead of the 2020 abbreviated season, Hutchinson returned to the United States as a First Team Assistant Coach with the Seattle Sounders in Major League Soccer. While helping the Sounders to an MLS Cup Final appearance, Hutchinson doubled as a Development Coach for the extensive Sounders Academy. In 2021, Hutchinson moved to J-League 1 – the premier soccer league of Japan – taking on the role as First Assistant with Yokohama F.Marinos helping lead the club to a second place finish with a record of 24-7-7 (79 points).

“John provides all the attributes we were looking for in a Head Coach,” said MountainStar Sports Group President, Alan Ledford. “First, as described by a former colleague and highly respected MLS executive, he is a wonderful person and he brings extensive experience, including as a Head Coach, to Locomotive. He shares our objectives as a Club to be an integral part of our community and to be highly competitive on the pitch. We look forward to continuing to build on the amazing foundation El Paso Locomotive established in our first three seasons.”

A young manager that has built a strong track record in coaching over the last five years, Hutchinson is a proven leader with a technical understanding of the game. As showcased with his experience in the Sounders organization, Hutchinson puts a strong focus on the development of youth players and under-utilized talent to build a strong squad from top to bottom through player development, making him not only a valuable addition to the Locomotive First Team but also to the rapidly developing Locomotive Youth Soccer and Locomotive USL Academy teams.

“I’m very happy to be named Head Coach for El Paso Locomotive,” said Hutchinson. “I am really grateful for the ownership to place their faith in me, and I know that everyone associated with the club wants to win games and silverware and I am no different.”

Prior to his coaching career, Hutchinson played an expansive professional career over four leagues. Beginning his career in 1996 with Eastern Pride FC in the Australian National Soccer League (ANSL), whereas a central midfielder, he found seven goals over 89 appearances in five seasons. 2001 saw him move from Eastern Pride to Northern Spirit FC where he recorded another 12 goals in 77 appearances. Hutchinson then spent a season with Manly United FC (four goals; 25 appearances) in the NSW Premier League before signing with his long-standing club, Central Coast Mariners FC in 2005. While there Hutchinson recorded 18 goals across 228 appearances, captaining the team to winning a Grand Final in 2013 as well as helping lift the team to a Premiership win in the 07/08 season.

During his playing career, Hutchinson also earned international experience both at the league and national team levels, having spent a season on loan in 2011 with the Chengdu Blades (three goals; 14 appearances) in the Chinese Super League and earning 11 caps with the Maltese National Team between 2009 and 2011.

“After a global search for our next head coach, we identified and interviewed some of the best and brightest professional soccer coaches and ultimately thought John was a great fit for what is required on the field, but also embodies the characteristics we look for in a positive contributor to our community. John and his family have that in spades, and I am excited to work with him and introduce him to our fanbase,” said Locomotive General Manager, Business Operations Andrew Forrest.

“I have always enjoyed my time in America,” continued Hutchinson. “The USL Championship has some unique challenges and those really excite me. We want to develop an identity and brand of football that the community, fans, and club can be proud of. We will need to work hard to achieve this, but I know the players and staff will be doing their best every day. I am looking forward to being part of the community and learning about the culture in El Paso and I cannot wait to get started with pre-season.”

Hutchinson currently holds his F.A. Wales UEFA ‘A’ and UEFA ‘B’ Licenses and is on schedule to earn an Asian Football Confederation Pro Diploma in September 2022. He is joined in El Paso by his wife, Kate, and two children, Kai (12) and Mahli (7).

El Paso Locomotive FC will kick off its fourth campaign in the USL Championship in March 2022. Lock in your seats for the entire season by visiting eplocomotivefc.com/seasontickets or by calling/texting 915-235-GOAL and continue to enjoy world-class Championship soccer at Southwest University Park. 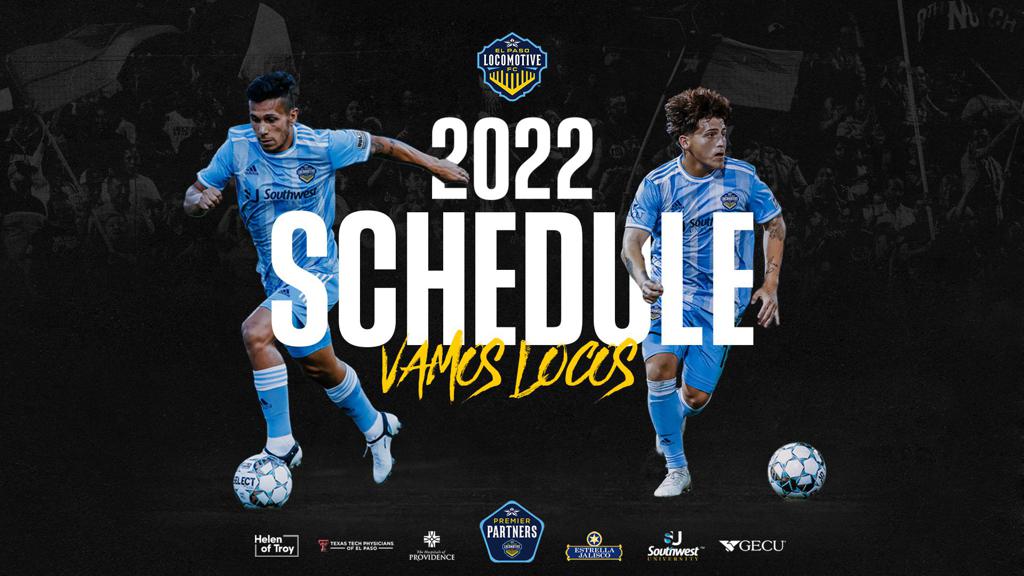 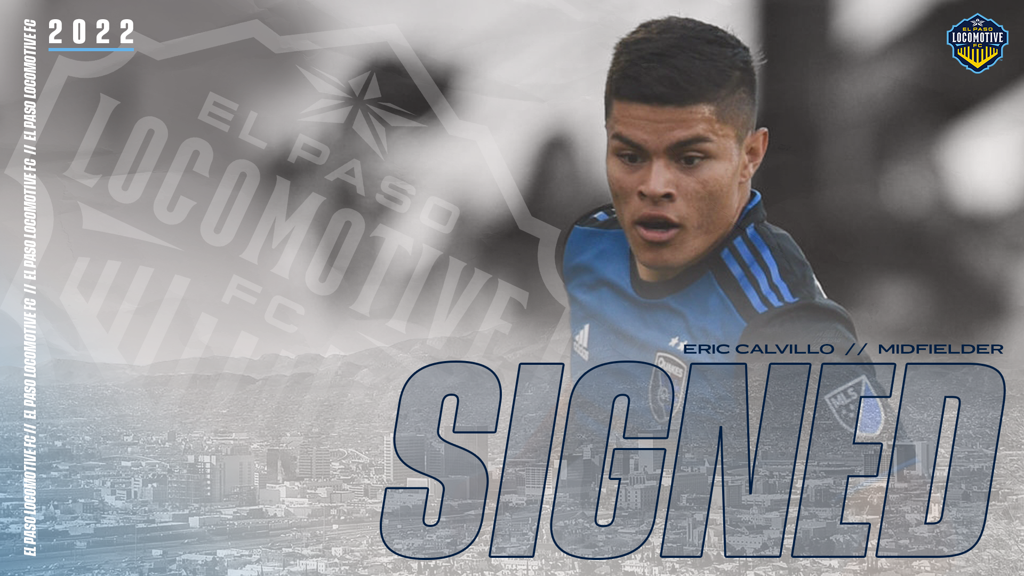