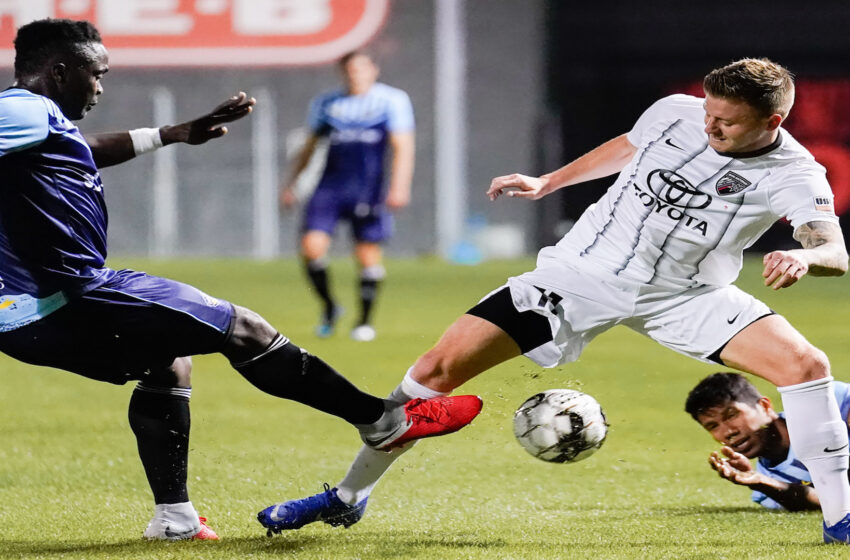 Over the weekend, El Paso Locomotive FC and San Antonio FC fought to a draw in a preseason match in the Alamo City.

This restructured format, especially in regard to the mini game, let El Paso Locomotive FC get the entirety of the squad on board.  “All the guys got good minutes tonight and experience, which is important moving forward,” Said Head Coach Mark Lowry.

El Paso Locomotive came out swinging and looked to maintain and implement the high possession gameplay they exhibited this preseason.

With a few good looks on frame in the first half, one of the closest opportunities came off a bicycle kick by defender James Kiffe that kissed the cross bar. El Paso showed creativity in their attack and most importantly showed strength in their defense. Goalkeeper Logan Ketterer stepped up and showcased his pedigree, coming up with four massive saves to keep the sheet clean.

After 45 minutes, the sides remained scoreless and moved to the next period of play, scheduled for 30 minutes. In both halves, each side of the field saw action, with EP Locomotive and San Antonio FC fighting for the chance to take the lead.

After the final whistle, the game moved into what was labeled, a “mini game” that lasted 45 minutes and saw members of the Locomotive squad that shared common threads. The three local players, forward Omar Salgado, and midfielders Louis “Chapa” Herrera and Memo Diaz all saw the pitch together under the lights of Toyota Field.

“I am very happy with how the team competed, it was a great exercise for both teams and I am very pleased with how our team has progressed,” said Lowry after the 0-0 draw against Western Conference foe San Antonio FC.