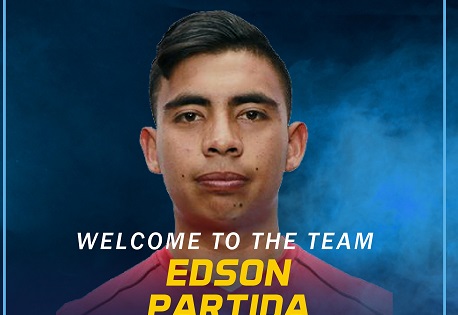 Partida also has experience on the U-20 side with Toluca; in Third Division with Buscando un Campeón and Cocula FC. He has appeared in matches with Chiapas U-17 side as well.

The 21-year-old Partida brings a youthful edge to the Locomotive roster with solid professional experience already under his belt in the top echelon of professional Mexican soccer.

“Partida is a young, hungry player, who for me, is a very exciting addition. He is a natural left winger, loves to run at defenders and has a toughness and determination about him that is very characteristic of Liga MX players,” said Head Coach Mark Lowry. “He is eager to learn and develop, and I know we can provide him the platform to grow on and off the field.”

The addition of Partida to the Locomotive roster for the 2019 season is another example of EP Locomotive’s opportunity to work with top tier clubs from around the world.

“We are getting attention from Liga MX’s teams who trust us to develop their talent. This is a massive step in our development as a club,” said Andrew Forrest General Manager, Business Operations.

The team that EP Locomotive FC Head Coach, Mark Lowry has been putting together for the inaugural season is taking shape with training camp and report dates for players set for the middle of January.

Partida is the 12th player announced, with more to follow in the coming weeks.