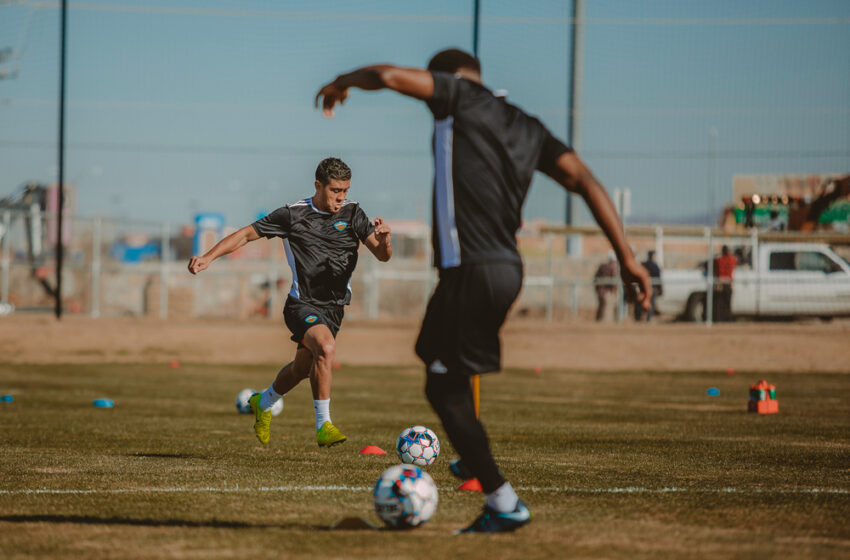 Diaz was born and raised in Gadsden, New Mexico and played his youth soccer career in El Paso. He attended Gadsden High School, and while playing for the Panthers, was named the 2013-14 Gatorade New Mexico Boys Soccer Player of the Year after scoring 73 points off 27 goals and 19 assists.

“When I got into the office and was offered a contract I felt very thankful to the club and to coach Mark Lowry for giving me this amazing opportunity,” said Diaz. “Getting to play for the professional team in your hometown is every kid’s dream.”

Diaz attended Yavapai Junior College in Arizona where he was a member of the highly competitive Roughriders soccer team. He was an NSCAA and NJCAA All-Region selection and helped the Roughriders to a top-five national finish.

Diaz then transferred to UNLV for his final two years of eligibility for the 2016 and 2017 season. In the 2016 season, Diaz started in 22 matches and was fifth in scoring for the UNLV Rebels. Diaz also spent time in the National Pro Soccer League with Laredo Heat, where he piqued the interest of the Locomotive coaching staff.

He received an offer to participate in the invitational tryout and was extended an opportunity to train with the team during preseason. Diaz impressed the coaching staff during training and in matches during the preseason schedule.

Diaz is now the second trialist to receive an offer in preseason along with English goalkeeper Jermaine Fordah. He is the third local player to make the Locomotive squad, joining forward Omar Salgado and midfielder Louis “Chapa” Herrera.