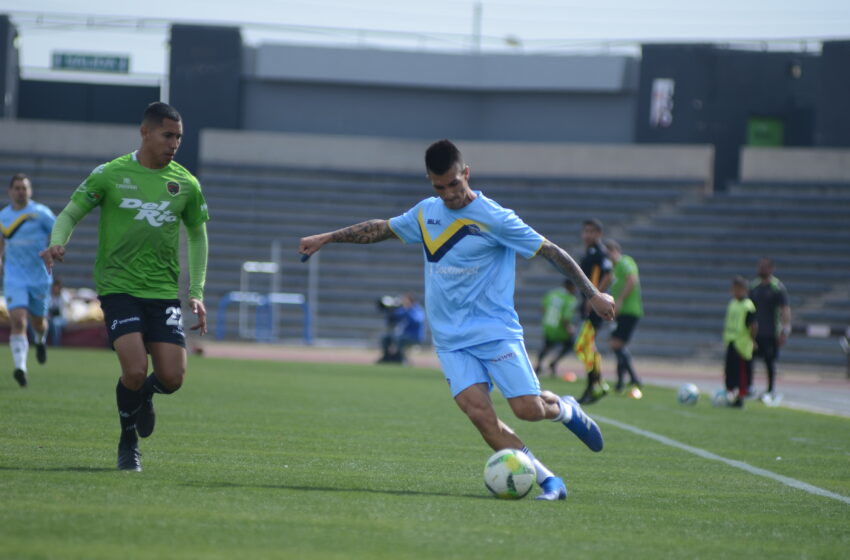 The match served as a test for both sides, with El Paso Locomotive inching closer to the start of their historic inaugural season and the Bravos fielding a team of U-23 and first team players.

From the moments before the match started to the final whistle, a sense of unity and connection hung heavy in the stadium.

High-possession and creativity in their passing led to the first goal of the match for El Paso Locomotive FC. Left-back James Kiffe netted a goal in the 24th minute after receiving a pinpoint pass from midfielder Calvin Rezende.

The Bravos tied the match in the 37th minute with a shot by Aaron Gomez to bring score level going into half time. After a foul on the edge of the box, center midfielder Sebastian Contreras stepped up to take a free kick in the 66th minute. Contreras placed it just over the wall and tucked it neatly underneath the crossbar to put Locomotive up 1.

El Paso was able to hold onto the lead through heavy possession and the ability to play the ball out of the back. Contreras stepped up once again in the 80th minute with a cross into the box that resulted in a thundering header from forward Omar Salgado into the back of the net.

After the final whistle, the score was El Paso Locomotive FC 3 and FC Juarez 1.

“This game was exactly what we wanted and expected from a Mark Lowry coached team, heavy possession and passing with a purpose,” said General Manager, Business Operations Andrew Forrest. “To see the maturation of the team to reflect Mark’s style is incredible in just a few short weeks. Mark was not lying when he said we would play entertaining, possession-based football and to see it on full display was encouraging and something fans will not want to miss out on March 9th at Southwest University Park.”

El Paso Locomotive FC is currently 4-1 in their preseason run and still have three matches left before they kick off their inaugural USL Championship season on March 9th.

This Saturday they will face FC Grande (closed to the public), before wrapping up their preseason schedule with two away matches, against San Antonio FC and OKC Energy FC in Tucson, Arizona.