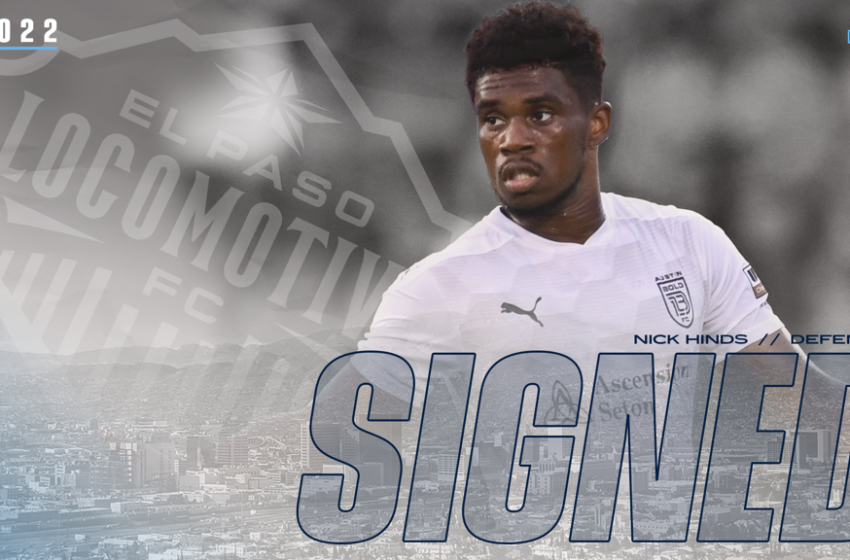 “Nick Hinds is a player who I have worked with previously in Seattle,” said El Paso Locomotive Head Coach and Technical Director, John Hutchinson. “He is a technical footballer that can cover any position on the left side. He has an ability in wide areas which is something we have been looking for. We’re excited to have Nick on our roster.”

Hinds, 24, played the 2021 USL Championship season with Austin Bold FC while on loan from MLS Club Nashville SC. In Austin, the Jamaican defender, was a mainstay left-back for the Bold, making 25 appearances while recording a goal and an assist. Prior to his time with Austin Bold FC, Hinds played in the Seattle Sounders FC Academy, before playing collegiately with the Zips from the University of Akron in Ohio. Hinds found massive success with the Zips, reaching back-to-back conference championships while recording 11 goals in 44 appearances. Following his college career, Hinds rejoined the Sounders, where he played for Tacoma Defiance, making 68 total appearances while recording a goal.

El Paso Locomotive FC kicks off its fourth USL Championship season against Sacramento Republic on the road on March 12 and will be broadcast live on ESPN+. The Locos return to Southwest University Park a week later on March 19 for its 2022 season home opener against New Mexico United. Fans can become eligible for priority purchasing for Locomotive game tickets by signing up for the ticket waiting list by visiting eplocomotivefc.com/individualtickets. Fans can also lock in their seats for the entire 2022 USL Championship season at Southwest University Park by visiting eplocomotivefc.com/seasontickets or by calling or texting 915-235-GOAL.