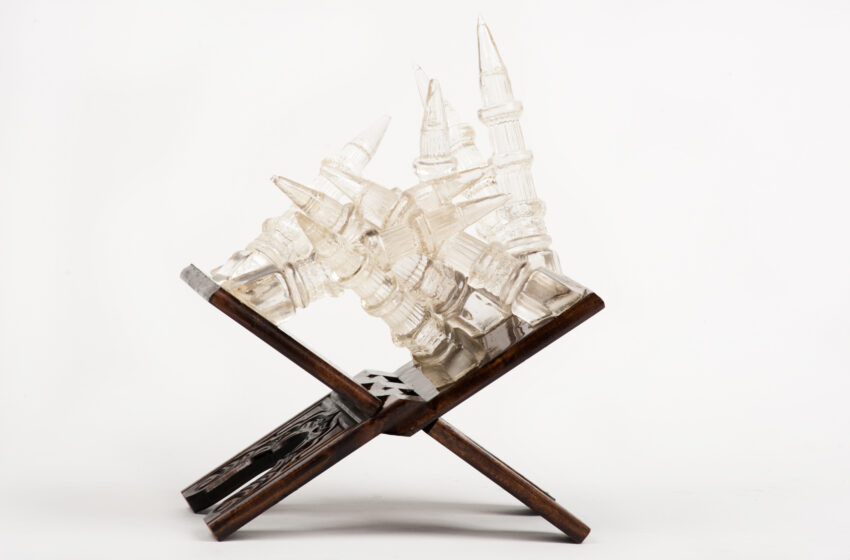 The El Paso Museum of Art (EPMA) invites the public to view its newest exhibit, OKU / READ that opens on Saturday, March 11.

The exciting exhibit displays a contemporary art installation by Turkish-American artist Beliz Iristay, who moved to San Diego from Turkey in 2005. The artist develops her critical exploration of cross-cultural themes and melding of historical and contemporary methods.

OKU | READ is the first solo show from EPMA’s collaborative Border Biennial project with the Museo de Arte de Ciudad Juárez. Iristay received the award of a solo show from among 44 American and Mexican artists appearing in the 2015 Biennial.

“Iristay’s sculpture in the juried Border Biennial became an anchor piece of the exhibition, and we are proud to show new work by this artist that extends and develops her examination of the cultural traditions she has encountered,” said El Paso Museum of Art Director Dr. Victoria Ramirez.

Iristay’s special installation fills EPMA’s Peter and Margaret de Wetter Gallery with reimagined and reconfigured rahles, the traditional wooden bookrest for the Quran. Covered with colorful vintage calendar cards from the Turkish military, Iristay’s rahles hold hundreds of minarets, whose translucent beauty is at odds with their chaotic positioning, which symbolizes aggressive ignorance.

The artist titled her work OKU, which means “read” and is the first word of the Quran.

Born in Izmir, Turkey, Iristay graduated from her native city’s Dokuz Eylül University with a specialization in ceramics. In 2005 she moved to San Diego, and now divides her time between the city and her studio located across the international border in Valle de Guadalupe, Ensenada. The artist embraces not only historical methods such as Japanese raku, but also modern ceramics, cast resin, murals, mixed-media installations, and public art commissions.