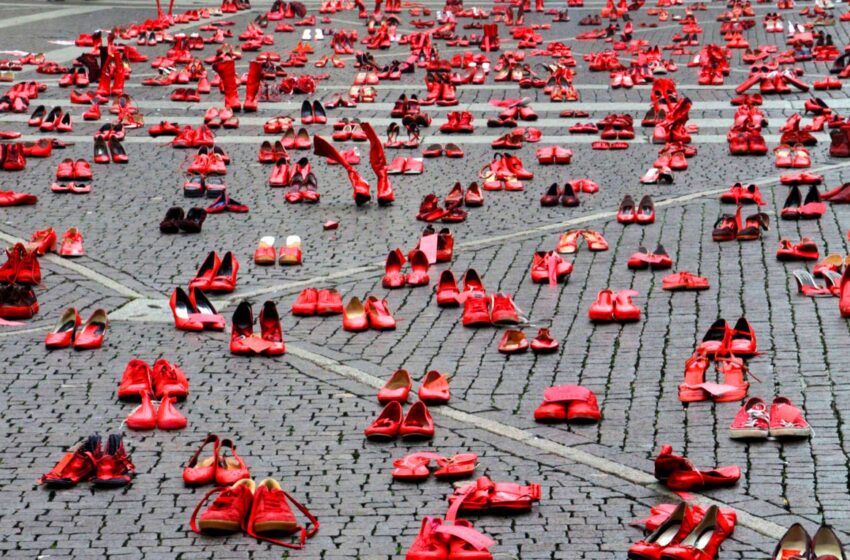 The El Paso Museum of Art and Wise Latina International announce a one-day exhibit, Zapatos Rojos, which opens to the public from 10 a.m. to 6 p.m. on Saturday, June 11, in the outdoor museum plaza area.

Zapatos Rojos (Red Shoes) is a traveling installation of public art created by Mexican visual artist Elina Chauvet that features more than 250 pairs of shoes that have been collected and painted throughout the Ciudad Juárez-El Paso area.

Each pair of shoes represents a victim of gender violence, and the use of the color red represents the blood, violence and suffering of missing women. Zapatos Rojos will be replicated in downtown for one day only as a reminder that femicides and gender violence are not issues from the past and to symbolize that these crimes can cross borders.

The artwork seeks to assess how activism and public art impact the public’s perception of femicides and gender violence in Ciudad Juárez, Chihuahua, México. Questionnaires will be distributed to the public to explore how public art has the potential to communicate political and social messages to the community.

Zapatos Rojos has been installed around the world in places like México, Italy, Spain, Argentina, Ecuador, Chile and the United Kingdom, among others.

The public will also be invited to write a short message (poem, phrase, etc) to support the victims of femicide and gender violence