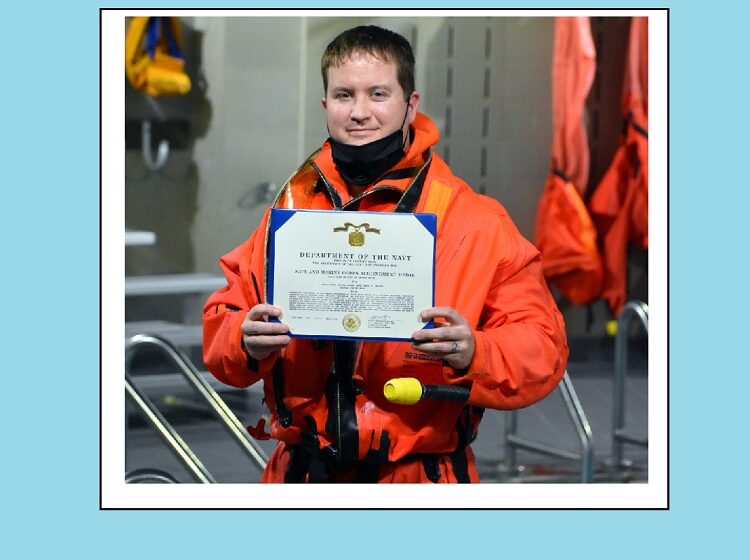 A native of El Paso, Texas with over seven years of Naval service, Swopes is an instructor for the Pressurized Submarine Escape Trainer (PSET). This course trains future submariners on the process of escaping a submarine in the case of an emergency.

As lead diver, Swopes successfully completed over 58 hours of incident free bottom time—time from descent to ascent—during over 100 ascents this quarter. Swopes’ dedication and instruction led to over 630 students successfully graduating the PSET course this quarter.

Swopes was also recognized as not only a superb instructor to the students at Naval Submarine School, but also as a mentor to his fellow staff members. In the citation recognizing Swopes, Antcliff said that “Swopes’ expert mentorship of his peers was instrumental in the qualification of two master training specialists and seven other staff members through 26 PSET watch qualifications.”

The junior sailor of the year designation is awarded to enlisted sailors selected by their commands as the example of what it means to live the Navy core values of Honor, Courage and Commitment, and is accompanied by the award of the Navy and Marine Corps Achievement Medal.