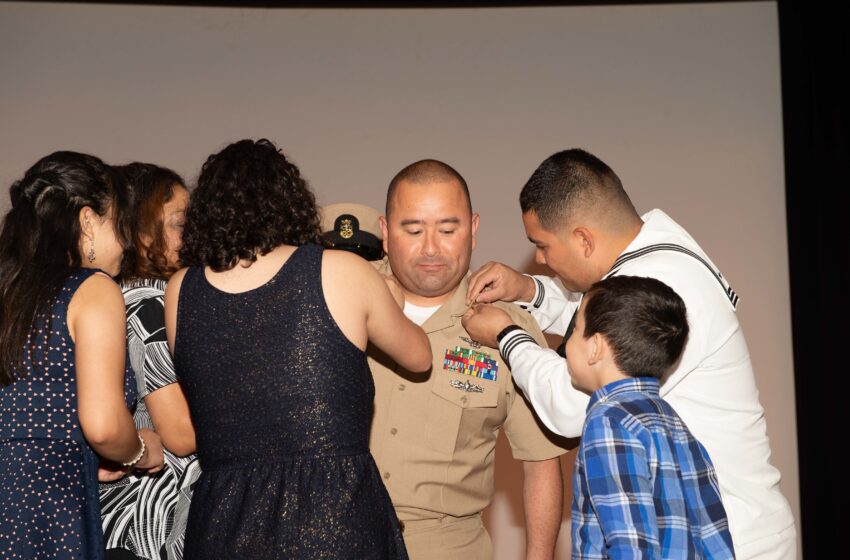 U.S. Navy Aviation Boatswain’s Mate Senior Chief Adrian Tellez, from El Paso, and  assigned to the aircraft carrier USS John C. Stennis (CVN 74), has his new rank pinned on by his family and fellow Chiefs during a promotion ceremony at the Langley Air Force Base theater in Hampton, Virginia, July 29, 2021.

John C. Stennis is in Newport News Shipyard working alongside NNS, NAVSEA and contractors conducting Refueling and Complex Overhaul as part of the mission to deliver the warship back in the fight, on time and on budget, to resume its duty of defending the United States.

With more than 90 percent of all trade traveling by sea, and 95 percent of the world’s international phone and internet traffic carried through fiber optic cables lying on the ocean floor, Navy officials continue to emphasize that the prosperity and security of the United States is directly linked to a strong and ready Navy.