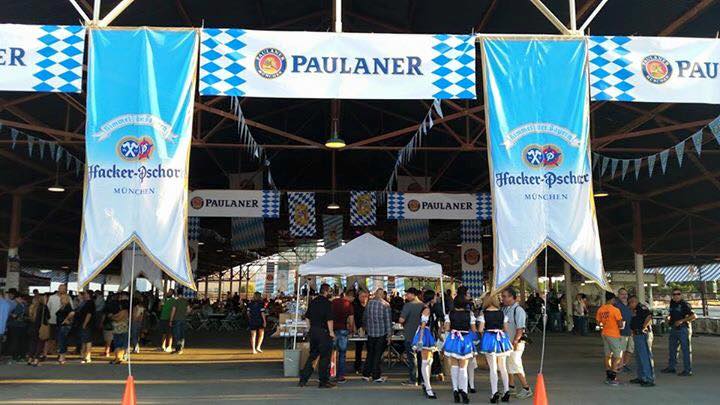 It’s time to roll out the barrel … and the beer and food and polkas and fun as the Authentic El Paso Oktoberfest gets underway this weekend at the El Paso County Coliseum (4100 E. Paisano.)

The El Paso Sports Commission, in partnership with German Pub, Live Texas Events, Howl at the Moon Promotions, Paulaner Beer, Feigling, Mike’s Hard Lemonade, Sunland Park Dodge and the TOCA Foundation, will sponsor what is considered the largest Oktoberfest celebration in the Southwest, now in its third year.

“Every year, it just gets bigger and better, and this year is no exception,” said Brian Kennedy, president and CEO of the El Paso Sports Commission, which oversees the coliseum. “Tradition is key, authenticity is key, from the food to the music. People respond to that, enjoying themselves and celebrating Oktoberfest at the El Paso County Coliseum every year.”

Grammy Award-winning polka musician and producer Alex Meixner and his band will headline. The group is considered one of the hardest-working bands in polka music today. Performing more than 100 dates throughout the United States annually, Meixner and his band have presented their dynamic and high energy sounds at festivals as diverse as Wurstfest (New Braunfels, Texas), National Folk Festival (Butte, Mont.); Cotati Accordion Festival (Cotati, Calif.); Gaufest (Sandusky, Ohio); Minnesota State Fair (St Paul); and many of the largest Oktoberfests in the nation, as well as concert halls, rock clubs and other venues from coast to coast.

“We are excited about returning to El Paso,” Meixner said. “El Paso is such a vibrant city of mixed cultures. It’s always great to perform in El Paso, a city that embraces and knows how to celebrate Oktoberfest and have fun.”

Meixner is highly regarded for his traditional Austrian-German repertoire, as well as contemporary fusions with folk and pop music, including covers of rock hits “Sweet Child O’ Mine,” “Crazy Train” and others, that make his shows entertaining for audiences of all backgrounds. He has been featured on “The Tonight Show” on NBC, and most recently, Meixner can be seen on the catchy Hormel Pepperoni “My Pepperona” One-Man Band television commercials.

The Authentic El Paso Oktoberfest will take place 6 p.m. to midnight Sept. 16-17 and at noon to 6 p.m. Sept. 18. Tickets are $10 and include a souvenir beer stein, while Sept. 18 is Family Day and will feature free admission.

Tickets are available at the El Paso County Coliseum, all Ticketmaster outlets, by phone at 800-745-3000, online at ticketmaster.com, all Wal-Mart locations and at German Pub, 9530 Viscount.