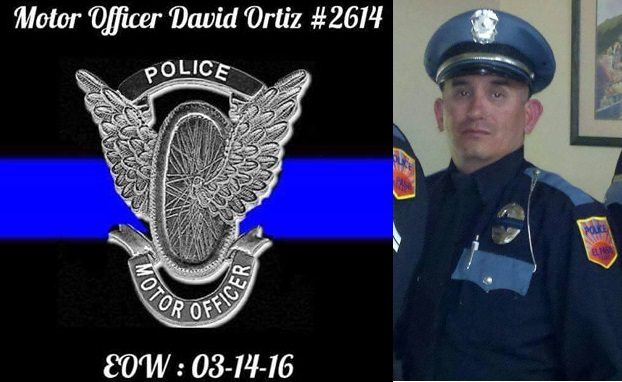 The El Paso Police Department announced Monday afternoon the death of one of their own, after a multi-car crash last week on the city’s Eastside.

In a brief statement to the press, EPPD officials said Officer David Ortiz died Monday afternoon from injuries he sustained on March 10, 2016.  Officer Ortiz was struck from behind while at a traffic light along the 1500 block of Lee Trevino.

Prior to his time with the EPPD, Officer Ortiz worked with the Horizon City Police Department.  In a Facebook statement, HCPD officials shared the following:

There is a huge void in our hearts and it saddens us to say that today we lost one of our own. Some of us have been very fortunate to have been a part of his life. Officer David “Little Dave” Ortiz will be terribly missed. He was a great Officer and true friend to many. We will always love you brother and will never forget you. Rest In Peace!

Information on services for Officer Ortiz have not been released; however, a GoFundMe account was set up by Officer Ortiz’s family, and can be accessed HERE.

Officer Ortiz is the 31st Officer to be killed in the line of duty with the El Paso Police Department.