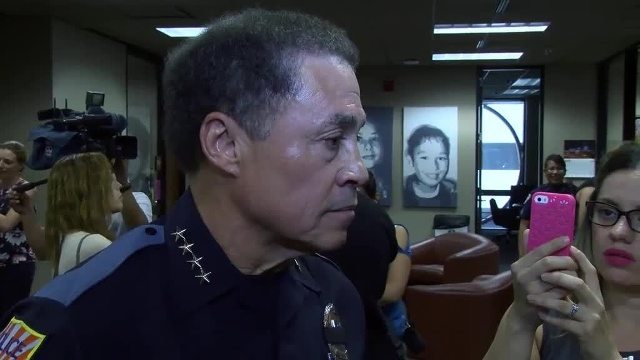 In the aftermath of last week’s attacks on Dallas police officers, El Paso Police Chief Greg Allen commented on the ‘Black Lives Matter’ movement, characterizing them as a radical hate group.  In the days following, local leaders wrote a letter to the Mayor and City Council to “publicly repudiate the statement, forcefully and unequivocally.”

Chief Allen’s comments have now gone viral, with national attention now being focused on the chief, his statements and local reaction. On Monday, Chief Allen released the following statement:

The remarks I shared after Friday’s press conference were made during an emotional time, I hope everyone can respect that. I am a police officer first and foremost and it truly pains me any time an officer is killed. As Police Chief, the most difficult part of my job has been to notify wives, mothers, fathers and children that their loved one has been killed. I have had to bury five officers during my tenure and I will never forget their faces.

Having to endure that and hearing and seeing the negative actions that are taking place at some “Black Lives Matter” events truly disturb me. For example, in New York City, the protestors were chanting, “What do you want?” and the response was “dead cops.” At another protest in Minnesota, the protestors were chanting “pigs in a blanket fry them like bacon.” In Harlem and in Dallas “Black Lives Matter” supporters were cheering after police officers were killed. Is anyone stepping up and condemning or even attempting to stop these activities or this kind of rhetoric? NO! These actions directly and indirectly influence people looking to take part in negative activities. Our City supports the initial cause for the creation of “Black Lives Matter” but we do not support violence in any shape or form.

Our police forces need to know they have support and wanting “dead cops” is not acceptable. I grew up in the 60’s when racial tension was at its height and Martin Luther King was marching and NOT condoning violence in any manner. What is going on today is wrong! I work very hard to ensure accountability among my officers, our discipline boards include police administration as well as civilians. We do not accept negative actions on the parts of our officers and have put procedures in place to protect our community members as well as our officers.

Now is the time to mourn the loss of the police officers and the individuals that have fallen as part of the tragic shootings across America. There needs to be discussion and scrutiny of the real issues to better address this situation