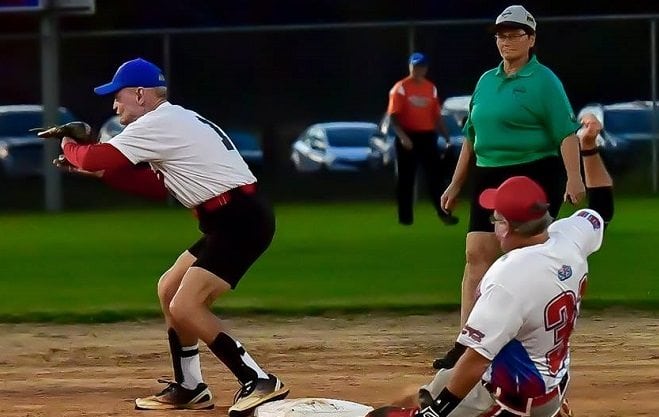 Officials with the El Paso Sports Commission announced Thursday that the Sun City has once again earned the official bid to host the Senior Softball-USA Texas State Championships.

“Senior Softball-USA is excited to bring our premier senior tournament in Texas back to El Paso in 2018,” said Terry Hennessy, chief executive officer with Senior Softball-USA. “The 10th annual Texas State Championships in El Paso last year was a great experience and we look forward to an even larger turnout this year. We would like to thank the El Paso Sports Commission for helping make the Texas State Championships a success for players, teams and their families.”

“It has been a wonderful collaboration,” El Paso Sports Commission President and CEO Brian Kennedy added. “Last year’s event was a success and we’re excited once again to host such a prestigious tournament here in El Paso. We are thrilled that such a high-profile organization has chosen our amazing city.”

The event, set for April 4-8, is expected to bring in 50 to 70 teams, as well as thousands of players and tourists, with an estimated economic impact for El Paso of about $3 million, according to Senior Softball-USA officials.

The El Paso Sports Commission has selected the El Paso County Sportspark as the venue once again. Last year, close to 40 teams participated. Senior Softball-USA became the first national senior softball organization in 1988 and has remained the leader in one of the fastest growing sports in America.

The organization founded a variety of regional championships, including the Texas State Championships, as well as the Tournament of Champions and the Senior Softball World Championships, which has established itself as the largest and more prestigious championship in the sport. Players range in age from 40 through 75-plus.

Winners of the Texas State Championships earn a berth into the elite Tournament of Champions.