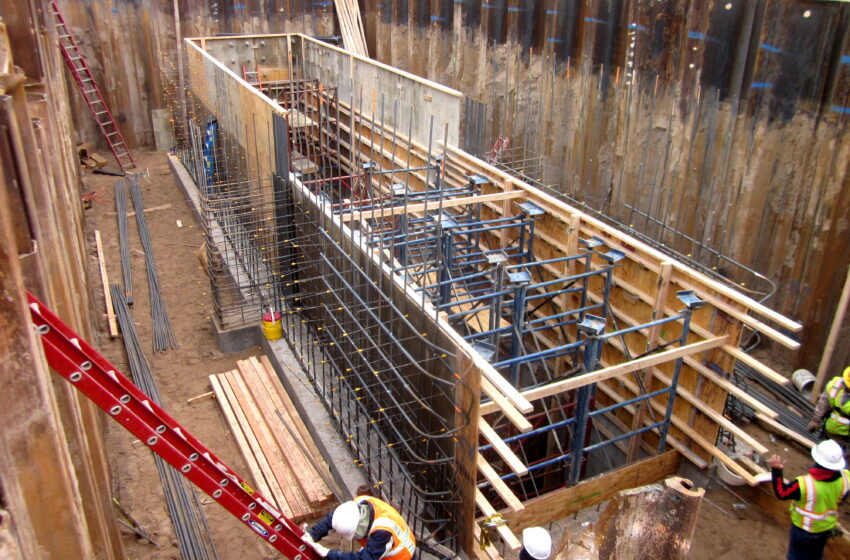 To celebrate National Infrastructure Week with utilities across the country, EPWater is highlighting some of the many projects in and around the city.

For 2018, EP Water officials say they are investing $75 million to replace aging water and wastewater lines, rehabilitate wells and reservoirs, and make much needed upgrades to various facilities.

El Paso Water maintains over 2,653 miles of water lines buried beneath the city – enough to stretch from El Paso to the tip of Maine –  and crews are always working to upgrade the elaborate system.

With many storage tanks, pump stations, and treatment facilities working alongside stormwater structures like dams, channels and ponds; a system of this size requires continual investment in the rehabilitation of aging infrastructure, as well as new construction projects to support city growth.

One such project features EP Water crews replacing one of the oldest water storage tanks dating back to the 1920s: Jackson Ground Water Storage Tank.

To improve capacity and reliability of service for nearly 200 locations in west central El Paso, the tank is being replaced with a three-million-gallon tank, pump station and connections to the distribution system.

The project will restore the tank to its original storage capacity, ensuring reliable service during drought and emergencies.

Aesthetic improvements include a new rock wall with decorative wrought iron fencing, water-smart plants, and a newly paved access road shared with neighbors. The construction cost for this project is $4.6 million.

Not too far away in central El Paso, the Haskell R. Street Wastewater Plant dates back to 1923. The plant provides essential services to nearly 150,000 customers by treating 27.7 million gallons of wastewater per day.

Projects underway will improve efficiency, reliability and odor control. Odors have been a persistent problem in surrounding neighborhoods for decades, but work performed at the plant and with the incoming distribution systems has slashed detectable odor to the community by 75 percent.

Recent upgrades have overhauled the “degrit facilities”—one of the first stops in the treatment process, mitigated odors from incoming

wastewater mains, and upgraded primary clarifiers and related enclosures. The upgrades will continue with planned improvements to pumps, mechanical screens and compactors as well as an aeration channel cover, which together should eliminate odors beyond the plant boundary.

Across town, the Thomas Manor Park Pond and Pump Station Project is a good example of blending infrastructure needs with quality of life improvements.

While EP Water works to improve flood control and increase public safety, the park will get a facelift thanks to the partnership between EP Water, the City’s Parks and Recreation Department and the Ysleta Independent School District.

Infrastructure updates include: a relocated pond that will increase stormwater capacity by more than 11 million gallons, a rehabilitated pump station, and replacement of aging water and wastewater pipes within the park.

The new park-pond design will not only capture stormwater runoff but also create recreational opportunities for nearby residents by providing fresh turf for green fields, updated walking trails, and a new play area.