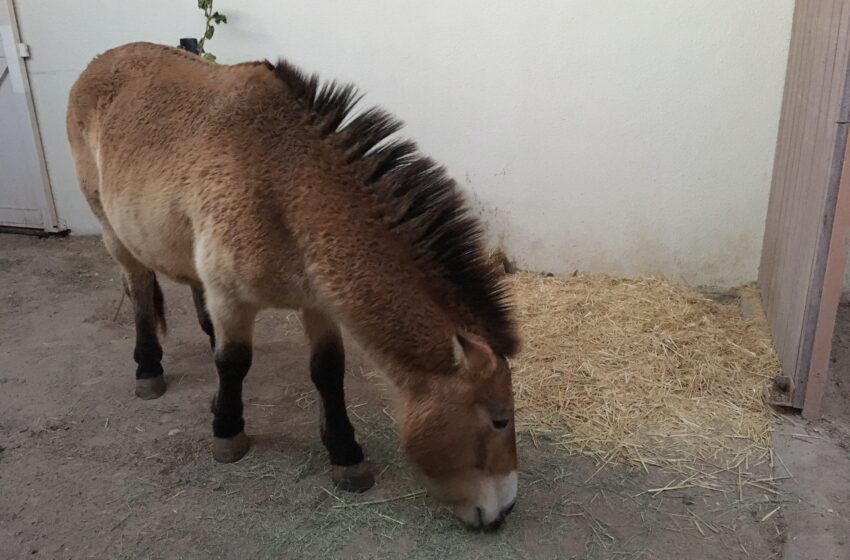 The holidays came early at the El Paso Zoo with the highly-anticipated arrival of Brianna, the Zoo’s first female Przewalski’s horse.

Brianna arrived on Tuesday, December 6, and will soon join Vitalis, the Zoo’s male Przewalski’s horse, to become the Zoo’s first breeding pair of these endangered horses.

“In the 1960s, Przewalski’s horse were extinct in the wild,” explained Zoo Director Steve Marshall. “We are proud to join the important ongoing effort to preserve these magnificent creatures and reintroduce them to their natural habitats.”

Brianna came to the El Paso Zoo from the Smithsonian Conservation Biology Institute in Front Royal, Virginia. Born at the Bronx Zoo, she is eight years old and weighs approximately 775 pounds. The transfer comes as a recommendation from the Association of Zoos and Aquariums (AZA), whose Species Survival Plan® (SSP) works to conserve species such as the Przewalski’s horse through breeding and transfer plans.

These plans are designed to empower accredited zoos, including the El Paso Zoo, to protect and breed endangered animals in order to save them from extinction.

“Now that Brianna has arrived at the Zoo, she will go through a 30-40 day quarantine period,” explained Zoo Veterinarian Dr. Misty Garcia. “We just want to make sure she is healthy and has some quiet time to adjust to her new surroundings. So far she is doing very well.”

Muscular and stocky with light brown bodies and bristly black manes, Przewalski’s horses are the only wild, undomesticated horse remaining in the world. Their name, pronounced “shuh-VAL-skee” comes from Nikolai Przewalski, the 19th-century explorer who is credited with their discovery.

Through the collaborative efforts of AZA-accredited zoos and conservation partners, hundreds of Przewalski’s horses have returned to the wild. While there are still threats to the Przewalski’s horse’s survival, including climate change and encroaching private farms, active conservation strategies and breeding initiatives such as these will help ensure a stable, genetically-diverse population that will roam the wild for years to come.