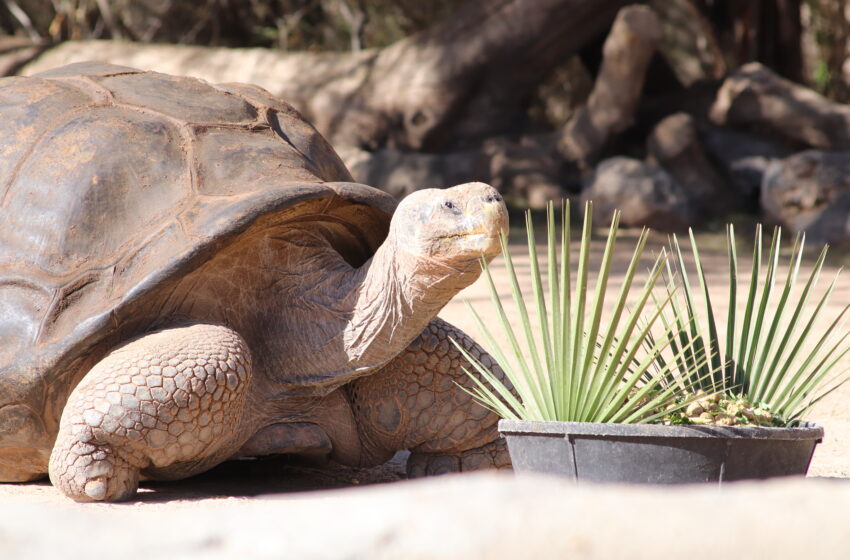 Ralph first came to the El Paso Zoo in 2016 after transferring from the Phoenix Zoo as part of a species survival plan from the Association of Zoos and Aquariums.

On Friday afternoon, officials with the El Paso Zoo and Botanical Gardens announced the death of the Galapagos Tortoise named Ralph.

“We hate to lose any animal in our care, but it is often harder to watch them deteriorate and not be able to help them get better,” said El Paso Zoo Director Joe Montisano. “In Ralph’s case, the only option to save him was to attempt this high-risk surgery. Tortoises are not created to have ‘easy access’ for surgical purposes. Despite the best and valiant effort by our veterinary team Ralph did not make it.”

The 120-year-old tortoise was diagnosed with an intestinal blockage earlier this year. Zoo Veterinarians confirmed that the blockage was caused by a malignant tumor, intestinal adenocarcinoma, through an initial procedure, which also partially relieved the obstruction and bought Ralph some more time.

Officials say, after much discussion and consultation with other expert tortoise veterinarians, an aggressive surgical procedure was attempted as Ralph’s only chance for survival.

While the surgery has been performed on smaller tortoises, it has not been attempted on a Galapagos tortoise. Unfortunately, Ralph did not survive the procedure and passed away while under anesthesia.

“We knew that Ralph had no other options and we did not enter into this procedure lightly. Despite our best efforts and an experienced team, it was just too much for Ralph’s debilitated system to survive,” said El Paso Zoo Chief Veterinarian Dr. Victoria Milne. “I know we did absolutely everything we could for him, but it is still so difficult to have this sad outcome. The whole team was devastated.”

Ralph first came to the El Paso Zoo in 2016 after transferring from the Phoenix Zoo as part of a species survival plan from the Association of Zoos and Aquariums.