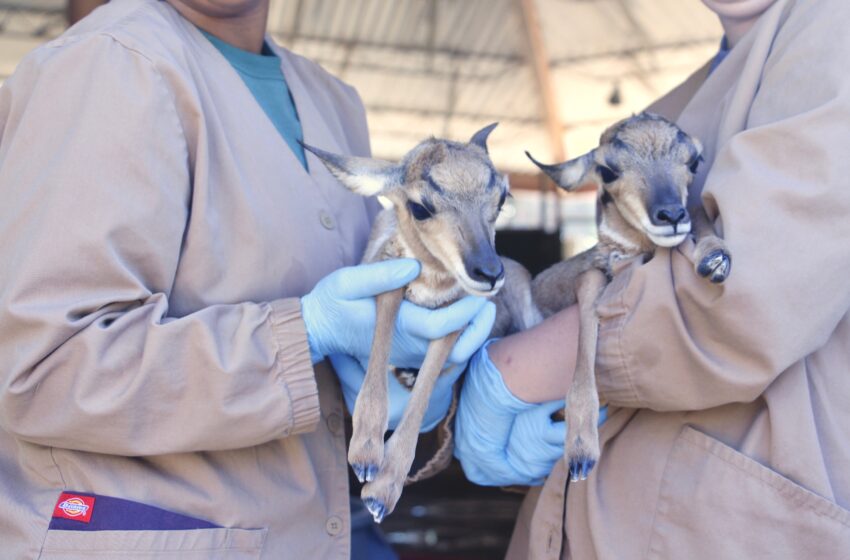 The El Paso Zoo is proud to announce the birth of two peninsular pronghorn fawns to the herd.

The mother, Martina, gave birth to one female, Cayenne, and one male, Pequin; both are healthy and doing well. The birth comes three weeks after the pronghorn Princessa gave birth to a male fawn, Bowser.

“When it comes to protecting the peninsular pronghorn species, this fawning stage is monumental,” said El Paso Zoo Director Steve Marshall. “Bowser’s doing great, and we’re going to keep an eye on the two fawns and their mother so we can have the same success with them.”

Zoo staff is monitoring the two fawns and their mother and all pronghorns at the Zoo will be observed closely throughout fawning season.

Peninsular pronghorns are currently listed as “critically endangered” in the IUCN Red List of Threatened Species™. This makes the species one category before “extinct.” The El Paso Zoo is active in their home range conservation efforts. All of the El Paso Zoo’s peninsular pronghorn births are part of a breeding recommendation from the Association of Zoos and Aquariums (AZA) Species Survival Plan® (SSP) to aid in the species’ conservation.

“The El Paso Zoo has more than 20 percent of the managed peninsular pronghorn population in the United States,” said Marshall. “The births we have here are critical for the continuation of the species. I’m just incredibly proud of our team and our community for being able to play a pivotal role in saving these animals from extinction.”

The peninsular pronghorns at the Zoo serve as an example of the three things we want the community to know about the El Paso Zoo: