These appointments are effective beginning August 1, 2019 and follow Mary Kipp’s (EPE’s current CEO and President) decision to accept the position of President with Puget Sound Energy in Washington state.

EPE officials added, to ensure a smooth transition, Kipp will continue with EPE until August 1, 2019.

Rodriguez, a native of El Paso, joined EPE in 2013 and was appointed as an Officer of the Company and Senior Vice President, General Counsel in 2017.  In his role at El Paso Electric, Rodriguez has worked closely with other members of the executive leadership team in developing the Company’s strategy and overseeing EPE’s operations, with Rodriguez responsible for EPE’s Legal, Governance, External Affairs and Regulatory and Rates departments.

“Adrian has a strong record of leadership and accomplishment at El Paso Electric,” Charles Yamarone, Chairperson of the El Paso Electric Board, shared.  “Adrian has consistently prioritized community service in his home town of El Paso, and his knowledge of our operations and our culture make him a natural choice to take on this responsibility.

The Board has the utmost confidence that Adrian and the leadership team, alongside the dedicated EPE employees across the organization, will successfully guide the Company as it continues to deliver exceptional service to the region.”

“In my role as the interim CEO I look forward to working with the rest of the senior management team, our strong union and all employees while keeping EPE focused on our vision for delivering safe, clean, affordable and reliable energy to our community,” shared Rodriguez.

“I also want to thank Mary for setting the path towards a cleaner energy future and for her years of dedicated work to our community.”

“El Paso Electric’s commitments to our customers and our region, the place I have called home since I was a child, will continue after my departure. I am fully confident in the leadership of our management team and Adrian,” shares Kipp.

“Realizing this is an important time for El Paso Electric, I have weighed the choice to depart very carefully as I considered, at length, the long-term plans for me and my family. My decision to move to Puget Sound Energy will allow my son to be closer to family which is very important to both of us.”

Kipp has been with EPE since 2007 and was named president in September 2014, appointed CEO in December 2015, and President & CEO in May 2017.The Company’s biggest accomplishments under Kipp’s leadership have included the expansion of renewable energy and sustainability initiatives in our region in response to evolving customer demands.

“As the Company’s CEO, Mary has worked tirelessly to make the community proud of El Paso Electric’s accomplishments and

contributions to the region,” added Yamarone.

“In addition to maintaining EPE’s status as an industry leader and major economic driver for the local economy, the Company achieved numerous milestones under Mary’s leadership, most notably becoming coal free in 2016. On behalf of the entire Board, I want to thank Mary for her years of service and dedication, as well as for her help with this transition.”

We have been informed that Mary E. Kipp has accepted a position at Puget Sound Energy and that the El Paso Electric Board of Directors has appointed Adrian J. Rodriguez interim Chief Executive Officer and Elaina L. Ball as interim Chief Operating Officer.

While this was unexpected since we had planned for Mary to continue as CEO of the Company, we know that talent runs deep throughout the EPE organization. We share the Board’s confidence in Adrian and Elaina, and look forward to continuing to work with them and the broader EPE team to complete the transaction and partner together for the benefit of EPE and its stakeholders.

Below is the letter Ms. Kipp sent to all EPE Employees:

To: All El Paso Electric Employees

After being part of the El Paso Electric family for 12 years, I am announcing to you that I am leaving the Company in the hands of a strong leadership team including Adrian Rodriguez, Senior Vice President, General Counsel and Assistant Secretary, who will serve as interim CEO. I have accepted a position as president of Puget Sound Energy in Washington state.

My move is not a result of our agreement to be purchased by IIF. I believe that this agreement is a great partnership between EPE and IIF and leaves the Company, employees, and communities we serve in a better position than they have ever been.

This was a difficult decision for me to make, as I’ve called this area home for many years. My family, as I’m sure yours is as well, is my top priority. Major life events provide each of us with an opportunity to reflect and, if necessary, make changes. Given some recent events in my life, I have decided to pursue the next chapter of my life and my career closer to my family. I will remain with EPE until August 1, 2019, and will then make the move to help my son get settled before the start of the school year in his new middle school.

The goals I have seen all of you accomplish have been monumental. You have successfully brought Montana Power Station online, right after celebrating the opening of the Eastside Operations Center. You have expanded our renewable energy portfolio in stride with launching the inaugural Community Solar program for Texas customers. You also became one of the first utilities in the region to generate coal-free electricity and released the Company’s first Corporate Sustainability Report. These and so many more achievements are all thanks to the hard work and dedication of each of you.

I am so proud and grateful to have been a part of the EPE family over these last few years, and I will be available today in the Stanton Auditorium at 9:30 a.m. and 2 p.m. to answer any questions you may have. Additional meetings at all EPE locations will be scheduled the week of July 8th. Thank you for the lasting memories but most importantly, I hope you will stay in touch as we continue in our respective journeys. 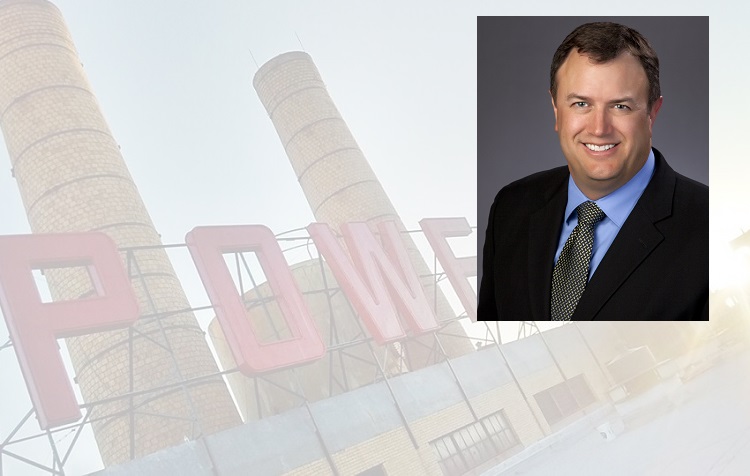