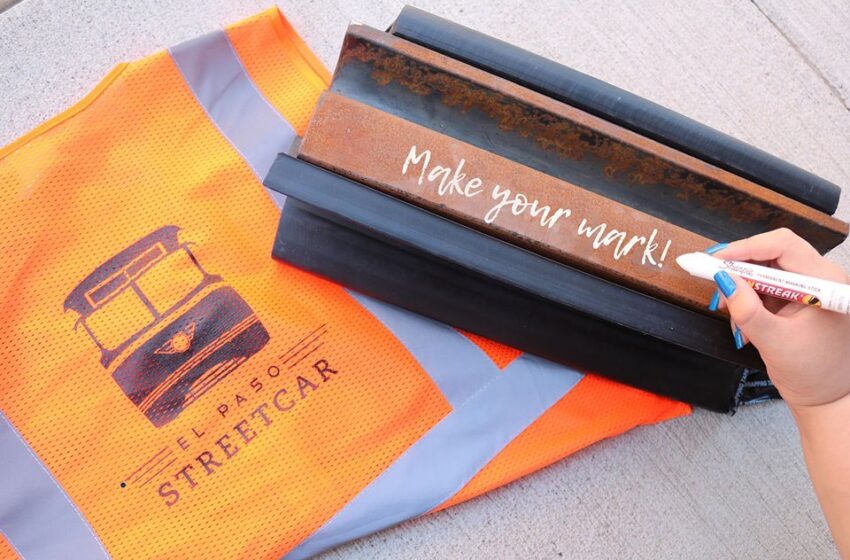 But for a section about 25 feet long, all rail for the El Paso Streetcar Project has been placed along the entire 4.8 mile route stretching from South El Paso to Downtown to the Kern Place/UTEP area.

On Thursday, August 10, 2017, El Pasoans are invited to take a few moments out of their day to stop-in and sign what will be the very last piece of rail which will be placed as part of the El Paso Streetcar Project.

“In the coming weeks, crews from Paso del Norte Trackworks will weld that final piece of rail into place signifying the end of major construction work for this project,” said Raymond Telles, executive director of the Camino Real Regional Mobility Authority.

“However, that doesn’t mean the streetcars are ready to roll just yet — crews must continue work on the overhead system which will power the streetcars which are still being renovated in Brookville, Penn. When those streetcars return later this year, we’ll begin a 6-12 month testing phase which must be completed before the City of El Paso is able to begin streetcar service,” Telles added.

The CRRMA will have special markers and commemorative giveaways available in the 500 Block of North Stanton Street in Downtown El Paso between 10am and 1pm.