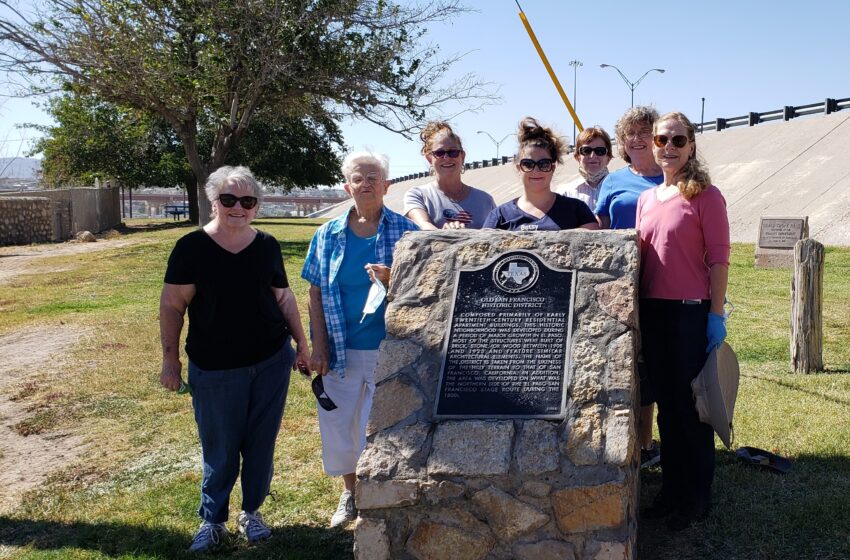 For this year’s National Day of Service, El Paso Chapter of the Daughters of the American Revolution, refinished a historical marker located in Grace Chope Park in El Paso.

October 11th is NSDAR’s National Day of Service and, to honor the anniversary of DAR’s founding on October 11, 1890, chapters and individuals are encouraged to engage in meaningful service projects in their communities each year.

Brittany Smith, the chapter’s Historian, coordinated the restoration for her chapter. Her hope is for the Stoddert-del Norte Chapter to take on the restoration of more historical markers in the area.

“I noticed a lot of markers in the El Paso area have begun to fade and become unreadable. I think it is important for these
historical markers to be kept in great shape so they can be enjoyed in the future,” Brittany said.

This historic neighborhood was developed during a period of major growth in El Paso, during the early part of the 20th Century. Most structures were built of brick, stone, or wood between 1908 and 1923, with similar architectural elements to San Francisco.

El Paso’s Stoddert-del Norte Chapter, NSDAR is comprised of two merged chapters, dating back to 1902. Members are of all backgrounds and ages, but they all share a passion for historic preservation, education, and patriotism and a dedication to their local community.

The chapter focuses its efforts on providing goods for local Veterans, awarding school essay awards, and awarding medals to local ROTC students. They will also be participating in Wreaths Across America, placing wreaths on Veterans’ graves at Fort Bliss Cemetery for
Christmas.

If you are interested in having a historical marker refinished by the Stoddert-del Norte Chapter, NSDAR, please contact the chapter’s Historian, Brittany Smith at BrittSmithDAR@gmail.com. 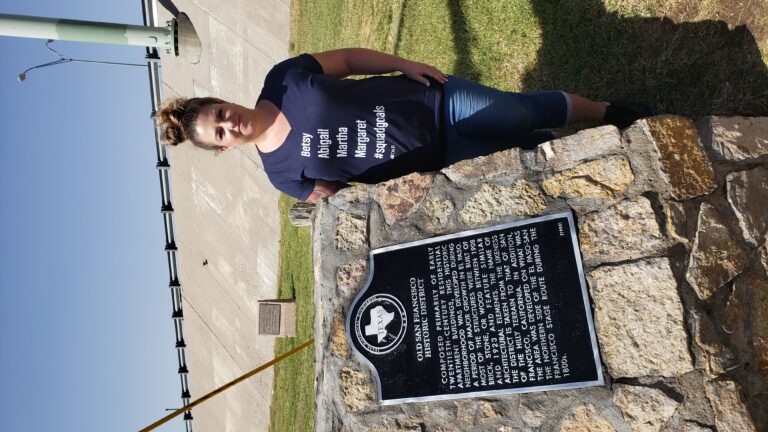 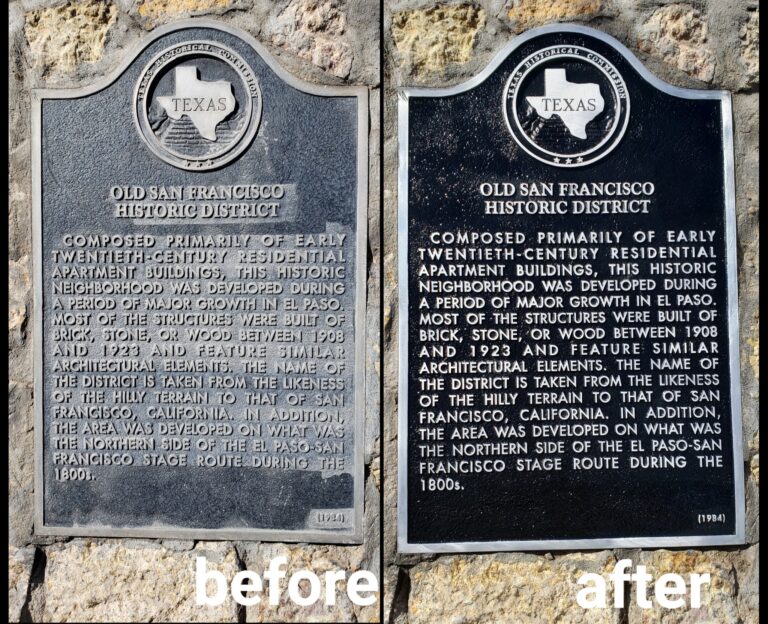