The rivalry games between the developmental football teams in El Paso never disappoint and this Saturday has the potential to become an instant classic as the West Texas Lions host the El Paso Seminoles in the first round of the Minor Professional Football League playoffs.

“Many players on the Lions team are former Seminoles, including myself,” Lions general manager Derek Smith told Developmental Football USA. “This game is much more than just a first round playoff game, it is personal to a lot of players on both sides, so we don’t expect anything less than a knock out, drag out, fight to the end.”

“The Noles games are always personal,” Lions owner Jesse Rose told Developmental Football USA. “It will be well fought and we will come full force. Defensively, we’re looking for a shutout to make a statement on what’s to come. We will be a different team on the road for the playoffs.”

In just their first year, the Lions came onto the scene flexing and quickly emerged as what seems to be the toughest team in El Paso. During the regular season, the Lions only losses have come to the undefeated West Texas Pride out of Midland.

“We have definitely grown as a team,” Rose said. “We’ve put a group of different personalities and team origins together and we’ve made it work. Satisfied would never be a word I would use on the football topic, though. We have a lot to work on and a playoff road ahead, but I am proud of the direction we are heading as a team and even more proud and honored to play side by side with the men that make up the Lions. We expect excellence from our players. We expect to be champions and the road has just begun.”

In addition to being the team owner, Rose is also well respected around the league for his play at defensive end, but this weekend it’ll take every man fighting on every down to extend the team’s season one more week.

“All I really have to say is that it’s crunch time,” Smith said. “The Noles are a solid group of players with a lot of drive and heart. Despite all the riff raff between the Lions and Noles, we know that Noles have weapons and can use them. They have a solid offense and defense. The Lions will need to put pressure on the quarterback and lock down the receivers. We have a very talented DB core and have many playmakers. Basically, what the Lions need to do is play smash mouth football and play to our potential. If we do that, we will dominate.”

The winner of Saturday’s game will advance to the MPFL Plains Division Finals to take on the Pride for a shot to represent the Plains in the league’s Standing Four.

“The Lions and Pride are two very competitive teams that are hungry for wins,” Smith said. “I’m sure both teams will be at their best, if that game happens. There are a lot of prior Seminoles and players from El Paso that have never won at Grande Communications Stadium. These next two games are truly going to test our vets and new people. We are by no means looking past the Seminoles though, that is our major focus right now.”

Anything can happen in the playoffs, but right now two  teams around the league are heavily expected by most to make it out of their division and secure a spot in The Standing Four.

“The Metro and Capital Divisions are tough,” Smith said. “As always, the Bullets and Vipers are the ones I feel are going to make it to The Standing Four. I’m not sure who the other one will be, but I’m pretty sure whoever makes it will be equally as tough. I’m hoping that the West Texas Lions will be standing with them in the end.”

While a trip to The Standing Four would be huge for the first year team, everything beyond Saturday hinges on whether they handle business against the Seminoles.

“We’re ready mentally, which is most essential in this game,” Rose said. “We believe in each other and in our first day goal as a team, which is to become league champs.” 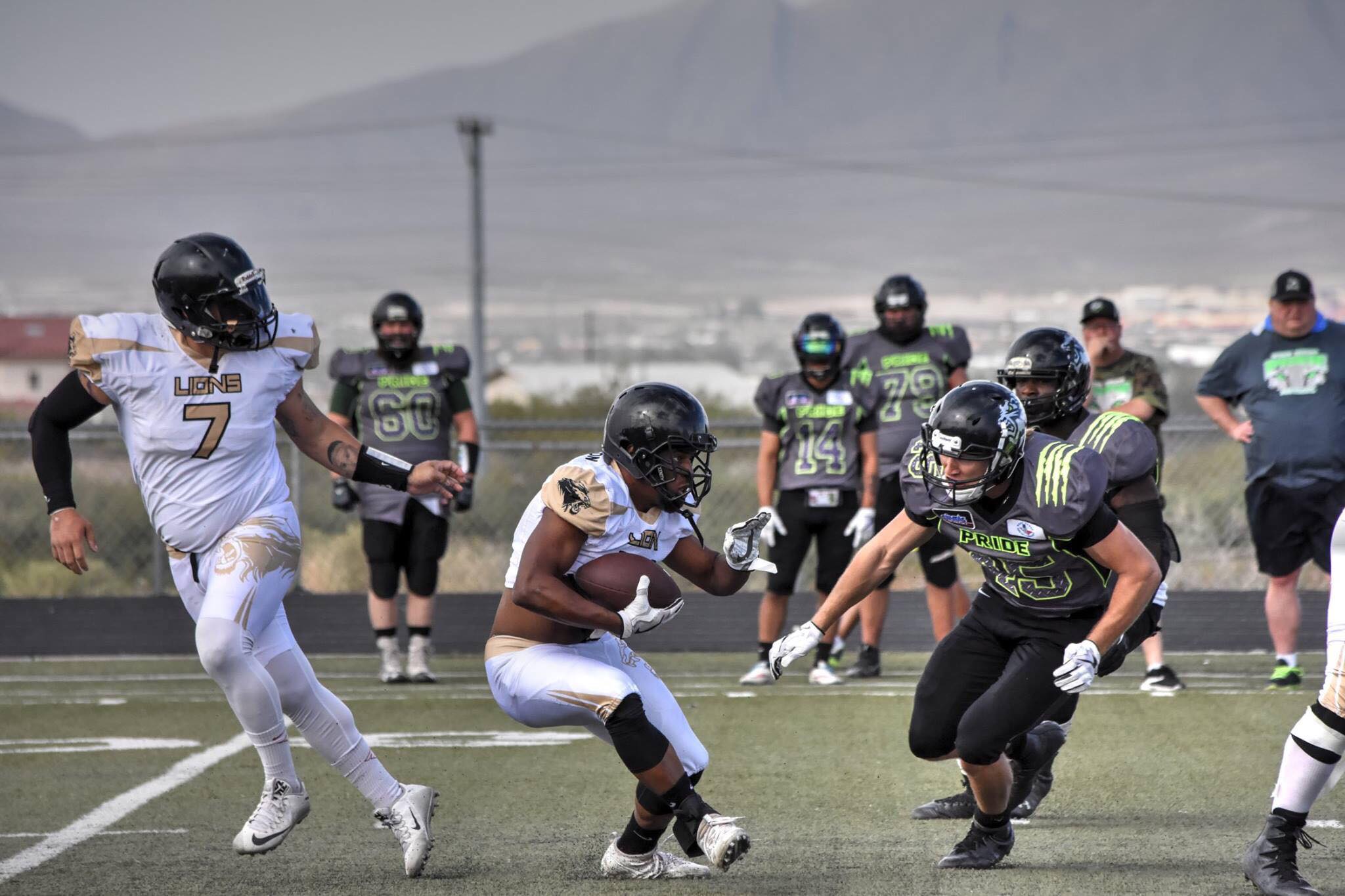