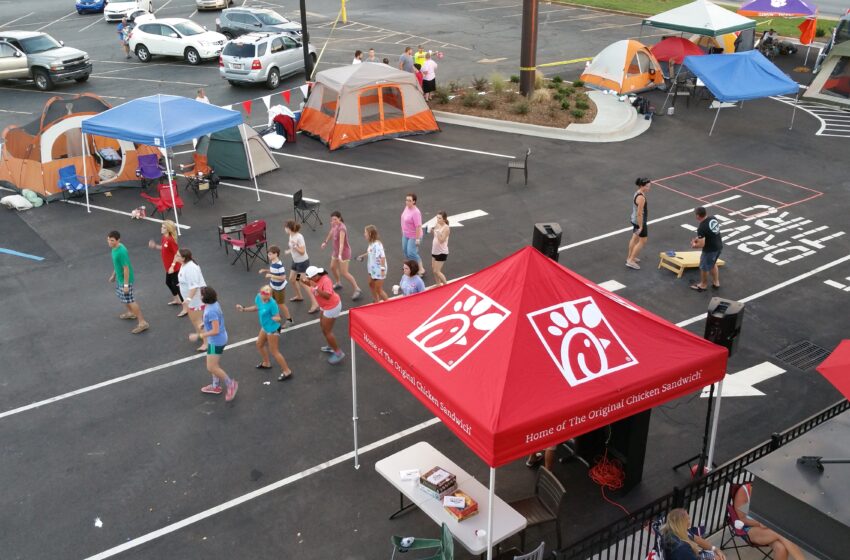 Local franchise owner Rene Hernandez will open El Paso’s newest stand-alone Chick-fil-A restaurant on May 12, bringing nearly 125 new jobs, a chance for 100 adults to win free Chick-fil-A meals for a year and the opportunity for the local community to donate books to Lee and Beulah Moor Children’s Home.

The family-friendly overnight party is expected to pop up in the parking lot of the new location at12240 Montana Ave. 24 hours before the grand opening as guests try to be one of the first 100 adults through the door to win a year of free Chick-fil-A meals. This community event is open to guests residing in specific zip codes surrounding the restaurant. A complete listing of eligible zip codes and rules can be foundon Chick-fil-A’s website.

“My team members and I can’t wait to welcome our guests,” said Hernandez. “We’re not just in the chicken business — we’re in the people business. Our goal is to provide a remarkable experience for every customer, every time, by serving food our guests can truly feel good about eating, providing sincere hospitality and continuing being a good neighbor in the El Paso community with this second location in our community.”

A tradition going back more than 12 years, Chick-fil-A’s First 100 celebration has given away nearly $27 million in free food through 2015 and continues to be the chain’s signature grand opening event. Rain, snow and extreme temperatures below zero or above 100 do not deter Chick-fil-A fans who arrive with tents, chairs, TVs, computers and other gear.

Each is hoping to win a digital offer card loaded with a one-year supply of free Chick-fil-A Meals (52 meals with each consisting of a Chick-fil-A Chicken Sandwich, medium Waffle Potato Fries and a medium beverage) that will be awarded to the first 100 eligible adults – ages 18 and older with identification – in line when the doors open at 6 a.m. on Thursday, May 12.

If more than 100 people are onsite when the line officially opens at 6 a.m. on Wednesday, May 11, a drawing will be held to randomly select the First 100. Those chosen will be required to camp out until the grand opening to secure their spot.

Becoming a Chick-fil-A Operator is no small feat. The company receives some 24,000 applications yearly for approximately 100 franchise opportunities. Born and raised in El Paso, Hernandez was hired as a manager at the Zaragosa Road Chick-fil-A location.

Five years later, his hard work and commitment to excellence were recognized by becoming the franchise Operator of the Chick-fil-A Sunland Park Mall location for the next three years. In 2009, he had what he describes as an “emotional homecoming” when he was able to return to the community he’s called home for more than 20 years and become the Operator of the Zaragosa Road Chick-fil-A where he first worked.

Within the last 10 years, Hernandez has been honored with five Symbols of Success Awards – the company’s highest award for Operators. After winning back-to-back awards in 2006 and 2007 at Sunland mall restaurant, he won three consecutive awards from 2012 to 2014 at the Zaragosa Road location.

Hernandez is once again being recognized with the great work he and his team has done by receiving a second stand-alone restaurant and joins a small percentage of Operators to be given that opportunity.

Chick-fil-A is a family affair for Hernandez as he’s supported by his wife, Monica, who is his office administrator; his daughter, Marissa, who works drive-thru service, and his sister who manages marketing and hospitality. The Hernandez’s have a passion for serving their community with involvement in several organizations including El Paso Children’s Hospital and Children’s Miracle Network.

Reflecting his desire to continue expanding his positive impact on the surrounding community, Hernandez is inviting all First 100 participants and customers to participate in a children’s book drive for Lee and Beulah Moor Children’s Home to celebrate the new location.

The donated books will be placed in a nearly three-foot Book House to serve as a free library exchange at Lee and Beulah Moor Children’s Home.

The Book House, built from reclaimed wood, is donated by the Chick-fil-A Foundation.

Last year, Chick-fil-A collected more than 10,000 books from communities coast to coast, which were donated to 89 local organizations in 30 states and Washington, D.C.

·       restaurant design using hand-made, authentic materials for a vintage-inspired interior, including a large gathering table made from reclaimed wood, subway tiles, and light fixtures made from recycled Coca-Cola bottles and peach baskets.

·       drive-thru service expanded to offer dual drive-thru ordering lanes and screens to enable customers to quickly move into a single lane for payment and pick up.

·       dining room with seating for 120 and three tables of additional outdoor patio seating.

·       design with elements to improve water conservation and energy efficiency and back of house recycling of cardboard and cooking oil.

The new El Paso Chick-fil-A location marks the sixth restaurant in metro El Paso, coming more than 46 years after the chain opened its first Texas restaurant at La Palmera Mall in Corpus Christi in 1970. It is one of approximately 23 locations Chick-fil-A is planning to open in the state this year. The openings are among 95 new restaurants across the country, creating some 8,000 new jobs nationwide with more than a quarter of those in Texas alone this year.

It was also recognized in 2015 as America’s “Top Chicken Restaurant Brand” by The Harris Poll and the only restaurant brand named to the Top 10 “Best Companies to Work For” by 24/7 Wall Street. More information on Chick-fil-A is available atwww.chick-fil-a.com

Chihuahuas, Chick-fil-A to Partner for ‘Paws for... 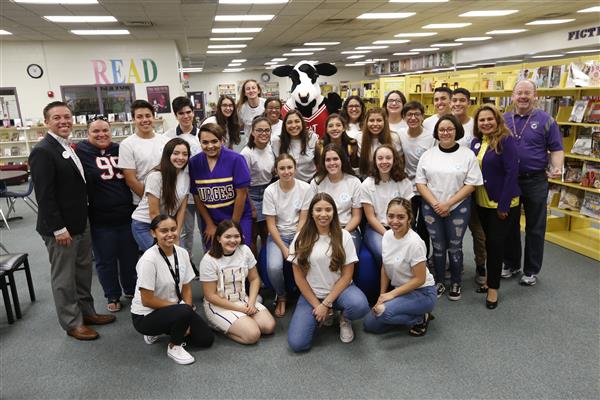 EPISD Students get Nuggets of Wisdom From...