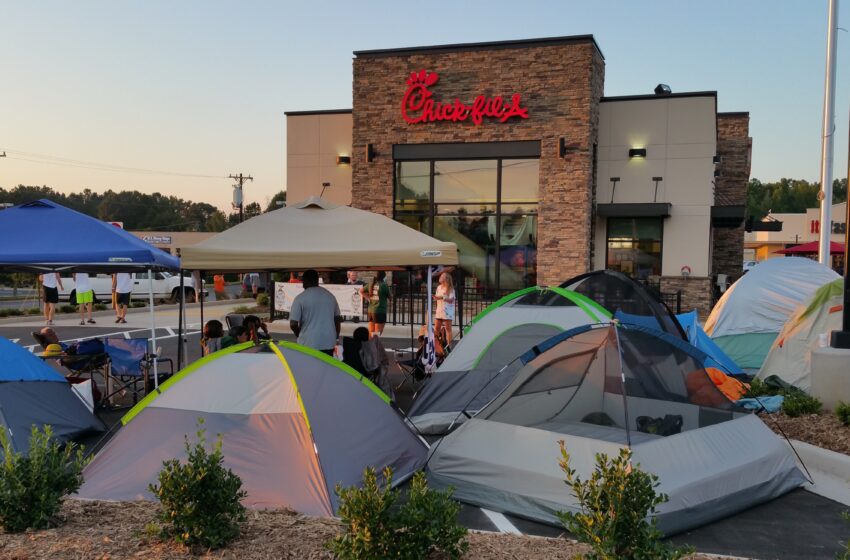 As with any new Chick-fil-A opening, the company is again offering a chance for 100 adults to win free Chick-fil-A meals for a year, as well the opportunity for residents to donate books to El Paso Children’s Hospital.

“My team members and I can’t wait to welcome our guests,” said Zayas. “We’re not just in the chicken business — we’re in the people business. Our goal is to provide a remarkable experience for every customer, every time, by serving food our guests can truly feel good about eating, providing sincere hospitality and to continue being a good neighbor to the El Paso community.”

The new location is expected to bring as many as 110 new jobs to the area. The family-friendly, overnight party is expected to pop up in the parking lot of the new location, 24 hours before the grand opening as guests try to be one of the first 100 adults through the door to win a year of free Chick-fil-A meals.

This community event is open to guests residing in specific zip codes surrounding the restaurant. A complete listing of eligible zip codes and rules can be found here.

A tradition going back nearly 13 years, Chick-fil-A’s First 100 celebration has given away nearly $27 million in free food through 2015 and continues to be the chain’s signature grand opening event.

Rain, snow and extreme temperatures below zero or above 100 do not deter Chick-fil-A fans who arrive with tents, chairs, TVs, computers and other gear.

Each early bird is hoping to win a digital offer card loaded with a one-year supply of free Chick-fil-A Meals (52 meals with each consisting of a Chick-fil-A Chicken Sandwich, medium Waffle Potato Fries and a medium beverage) that will be awarded to the first 100 eligible adults – ages 18 and older with identification – in line when the doors open around 6 a.m. on Aug. 4.

If more than 100 people are onsite when the line officially opens at 6 a.m. on Aug. 3, a drawing will be held to randomly select the First 100. Those chosen will be required to camp out until the grand opening to secure their spot.

Throughout his 15-year career as an Operator, Zayas has earned numerous accolades within Chick-fil-A for his operational excellence. He is a four-time Symbol of Success winner – the company’s highest award for Operators – in addition to being named to the Champions Club.

Zayas joined the Chick-fil-A family during high school when his friend told him the South Bay Galleria Chick-fil-A in Redondo Beach, Calif. was hiring. In four short years, Zayas worked his way from team member to general manager.

In 2001, Zayas and his family of three temporarily moved to El Paso and a few months later he was named Operator of the Cielo Vista Mall Chick-fil-A. What started out as temporary has become permanent as 15 years and three additional children later the Zayas’ feet are firmly planted and they are thrilled in continuing to serve the local community through the new North Hills Crossing restaurant.

Reflecting his desire to continue expanding his positive impact on the surrounding community, Zayas is inviting all First 100 participants and customers to participate in a children’s book drive for El Paso Children’s Hospital to celebrate the new location. Zayas is collecting new and gently used children’s books during business hours from July 31 to August 4.

The donated books will be placed in a nearly three-foot Book House to serve as a free library exchange at El Paso Children’s Hospital. The Book House, built from reclaimed wood, is donated by the www.chick-fil-afoundation.org.

They are two of approximately 23 locations Chick-fil-A is planning to open in Texas this year. The openings are among 104 new restaurants across the country, creating some 9,000 new jobs nationwide — more than a quarter of those in Texas alone this year.