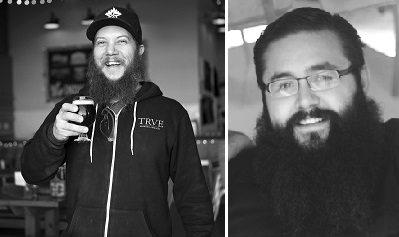 El Paso and Austin are connected by a lot more than just 576 miles of asphalt.

“On a recent trip, when Brandon stopped in at Ode, we sat down, got to talking and realized we needed to create a beer which blends Ode’s unique El Paso perspective and Independence’s unique Austin perspective,” Salinas said. “All across the state, brewers are reimagining what Texas beer can and should be and we’re proud to be a part of that.”

Beer enthusiasts are invited to sample the result of their first trans-Texas collaboration and meet Salinas and Radicke to talk about their new creation from 4-6 p.m. on Thursday, February 23, 2017, at Ode, 3233 North Mesa Street, Suite 301.

Local beer drinkers may already know Independence for their Stash IPA which is on tap at several locations around El Paso.

But this collaboration won’t be a re-boot of an item in either of the brewer’s existing portfolios. They’re brewing a Gose style beer, which originated in Goslar, Germany. Its flavor profile includes citrus, herb, and a strong saltiness.

For more information of how you can be among the first to get a taste of their collaboration, call Ode Brewing Co. at (915) 351-4377 or like Ode Brewing on Facebook.