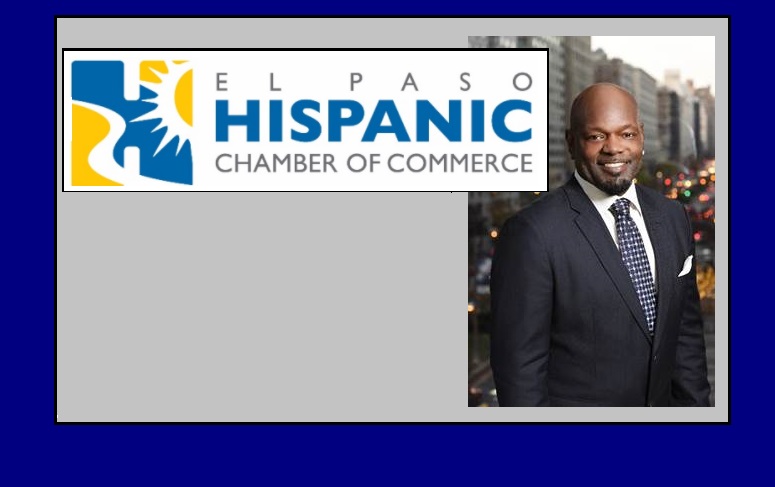 Inducted into the Pro Football Hall of Fame as part of the Class of 2010, Smith is the NFL’s all-time leading rusher, having amassed 18,355 yards during his 15 seasons.

Officials with the El Paso Hispanic Chamber of Commerce announced Monday that the special guest speaker for the 2021 Fiesta Celebration is Emmitt Smith, NFL Hall of Famer, The NFL’s all-time leading rusher, and successful businessman.

“We are very excited to be bringing such a well-known and respected athlete and businessman to speak to our community. Emmitt Smith has been on our radar for years and we thought it would be extra special to have him speak after having missed our Fiesta last year, due to COVID-19 concerns.” Says El Paso Hispanic Chamber of Commerce CEO, Cindy Ramos-Davidson. “He has been a successful athlete, successful author, and a successful businessman, and we think there is a lot that we can learn from him.”

Smith’s charm and charisma, which made him one of the sports world’s most popular personalities during his playing career, quickly translated to the entertainment world following his retirement.

“A respected entrepreneur, a sought-after speaker, bestselling author and one of the most valuable personal brands in the sports-entertainment field — these are just a few of the ways to describe Emmitt Smith,” officials added. “We expect a sellout crowd, where you will enjoy our VIP reception, Piñata surprise, silent auction, and much, much more.”

As well known for his character and integrity as he is for his athletic ability, Smith continues to give back to the community and support higher education via Pat & Emmitt Smith Charities, an organization that annually awards college scholarships and provides enrichment opportunities to underserved youth.

“Emmitt Smith is a true philanthropist and a leader for the past several decades. We are very excited to be bringing such an accomplished individual to El Paso, especially since we have so many Dallas Cowboy fans living here.” Says El Paso Hispanic Chairwoman of the Board, Monica Moreno, President of the Job Connection. “We expect a sellout crowd, so don’t miss your chance to sponsor this year’s Fiesta celebration.”

Smith continues to share his personal and professional stories with organizations across the country. He has been a member of the President’s Health and Fitness Council, and has been recognized by numerous organizations for his leadership and public service. He also authored the 2011 book, Game On: Find Your Purpose — Pursue Your Dreams, which chronicles his story from humble beginnings growing up in Pensacola, Fla. to his rise in the business world.

Smith first rose to prominence via an illustrious football career, which included three Super Bowl championships as a member of the Dallas Cowboys and the honor of being the only player to have won a Super Bowl MVP, NFL MVP and NFL Rushing Crown in the same season.

Inducted into the Pro Football Hall of Fame as part of the Class of 2010, Smith is the NFL’s all-time leading rusher, having amassed 18,355 yards during his 15 seasons.

The El Paso Hispanic Chamber of Commerce will also be announcing our “Moving Forward” “Vision of Excellence” and “Sol de Corazon” honorees.

A Few new highlights include the opportunity for one lucky winner to walk away with our $5,000 Pinata Surprise and an additional prize opportunity of a “Wine Pull” where you have a chance to win one $500 bottle of wine, or a chance for one of two $100 bottles of wine.

Join us on November 13th at the newly renovated Paso Del Norte Hotel as we learn how he managed to rise to the top of the entertainment world and be a 3-time Super Bowl Champion.