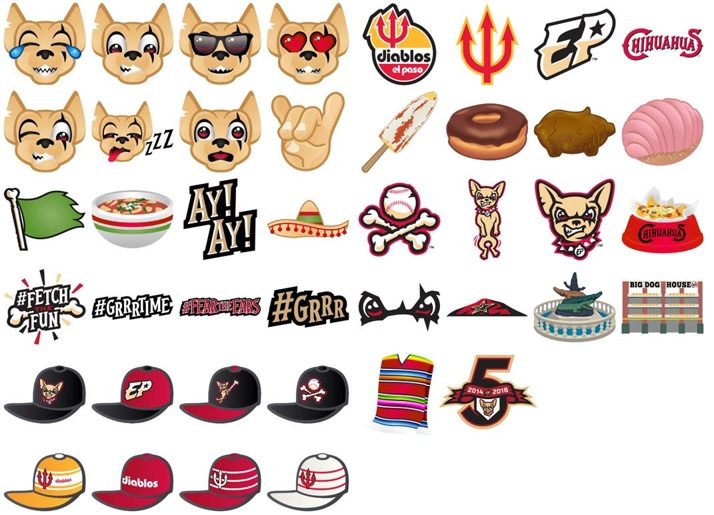 The El Paso Chihuahuas are giving fans the opportunity to become an extension of the brand, becoming the first Minor League Baseball team to launch their own emoji keyboard.

The keyboard includes a number of Chico emoticons for any emotion including a Cool Chico , a Laughing Chico , Love Chico  and more!

The emoji stickers also include a series of Chihuahuas logos , Diablos logos , the iconic Chihuahuas nachos dog bowl  and emoji that are relevant to the El Paso area.

“We want to be innovative and current and are proud to become what is believed to be the first team in MiLB to have its own branded emoji keyboard,” said Vice President and General Manager Brad Taylor. “This is yet another fun connectivity piece for our great fans.”

The 42 emoji were created by Brandiose partners Jason Klein and Casey White, who were also creators of the Chihuahuas brand and various Chihuahuas logos seen throughout Southwest University Park.

“The Chihuahuas are always on the cutting edge, as they’re the first Minor League Baseball team with their own hometown emoji,” said Klein. “We’re thrilled to bring fans emoji never seen before like elote  , and menudo  !”

The Chihuahuas keyboard is available for IOS compatible phones for $0.99 per download. Droid compatibility is coming soon. To download the emoji keyboard, fans can do a search in the Apple App Store for “Chihuahuas Emoji.”

The complete emoji keyboard is below.